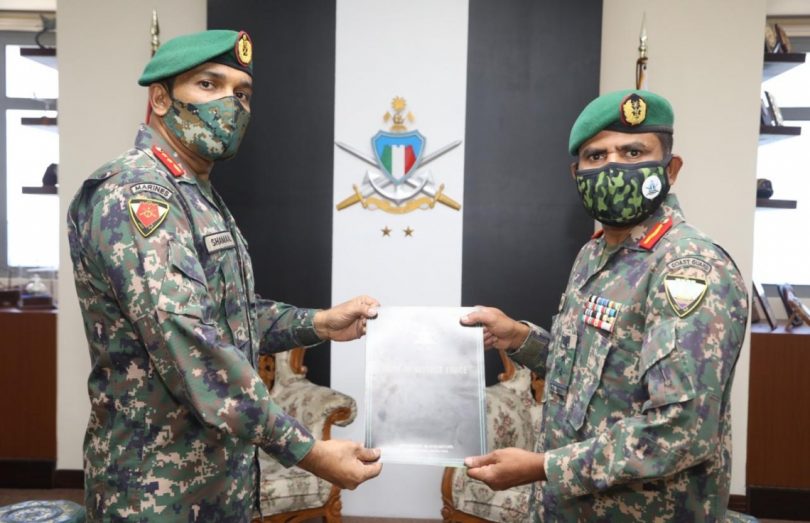 Maldives National Defence Force (MNDF), on Tuesday, appointed Colonel Mohamed Ibrahim as the Adjutant General, after introducing the position for the first time.

The title was conferred on Colonel Mohamed Ibrahim by Chief of Defence Force Major General Abdulla Shamal in a special ceremony held at MNDF’s headquarters.

The Adjutant General is tasked with carrying out the military’s ceremonial duties, handling civil and public affairs and providing legal assistance, in addition to the service of armed forces.

According to MNDF, the changes were introduced as a support service to improve the workings in the area of resource and financial management.

Prior to being appointed as the Adjutant General, Colonel Mohamed Ibrahim filled the post of MNDF’s Central Area Commander.

He has served in the military for over 20 years.