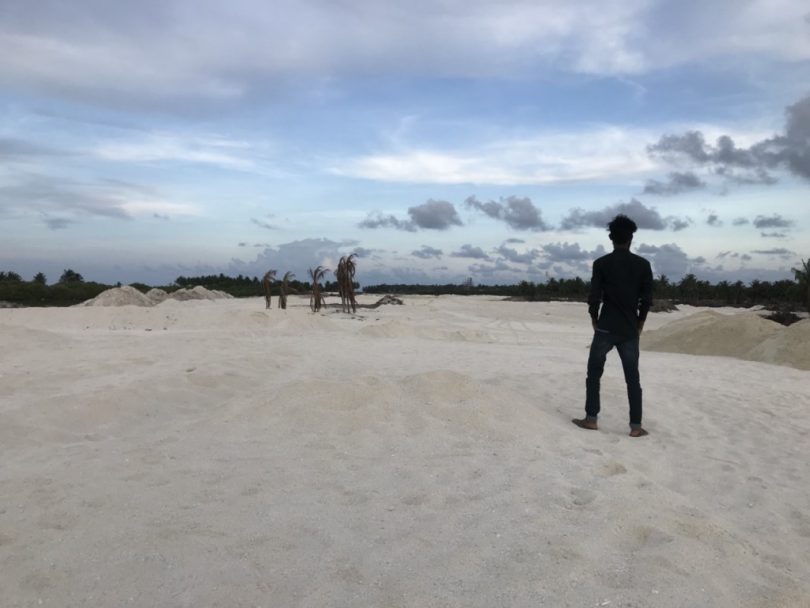 The original Dhivehi article was published on Avas.mv website on 12th April 2018.

It is a massive mangrove swamp. Surrounded by green luscious vegetation. The pleasant atmosphere of the singing birds and the beautiful marine life. However, that was a scene of a few months ago, in the most populous island of the north of the Maldives, Kulhudhuffushi island. The sights and sounds are of back then. How the environment was back then. There was once a big mushy mangrove swamp, with different environmental features. However, the scene has been completely changed now. 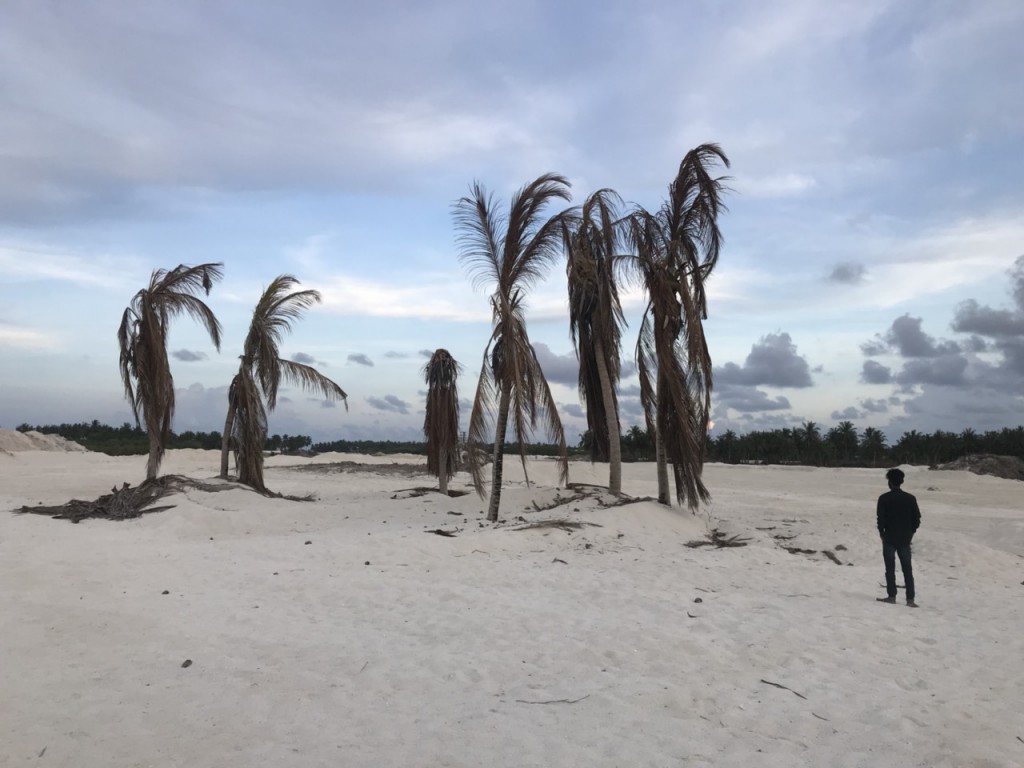 When last November approached, there was a big debate. The debate was about whether to choose an airport or the mangrove. During that visit, locals were met and after concluding the visit, it was very clear what the locals wanted and hope for. Most didn’t want the mangrove swamp. Back then it was realized that majority wanted an airport. 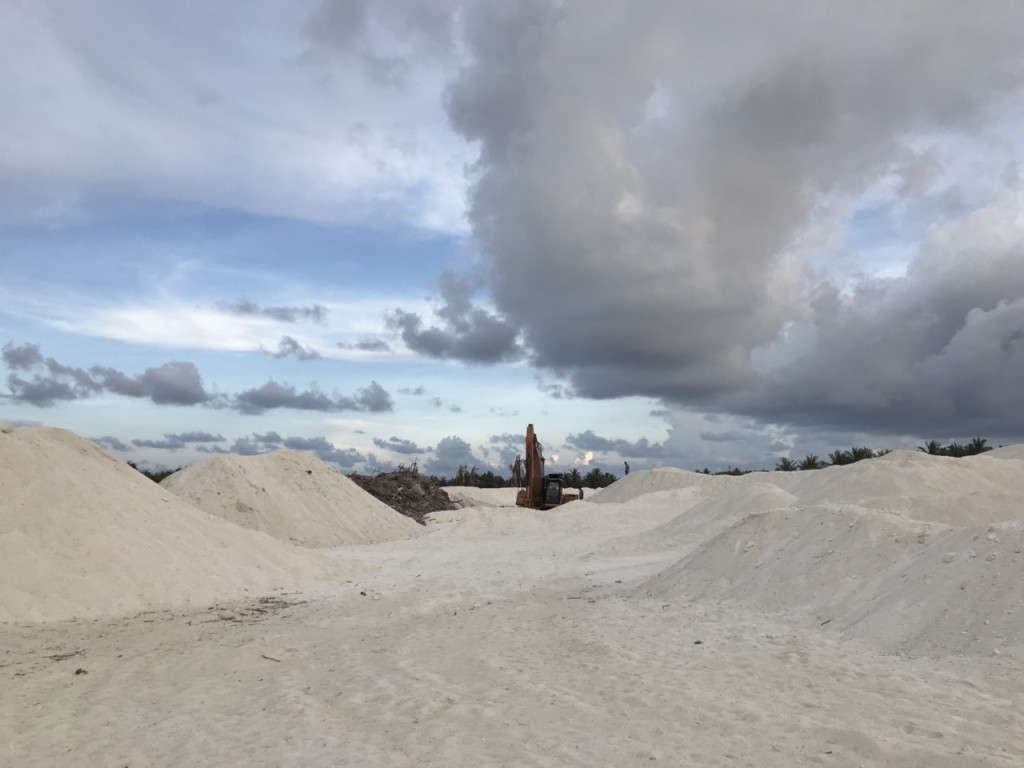 This Kulhudhuffushi airport is President Abdulla Yameen’s presidential pledge. He promised to deliver the airport within 2 years. However, when the deadline passed, while the locals fell into a misery, President Yameen visited the island and initiated the reclamation project. Although, when the mangrove swamp reclamation was underway, some youth and ‘Roanu’ (Choir rope) making womenfolk protested, the majority’s tune was airport is more important. 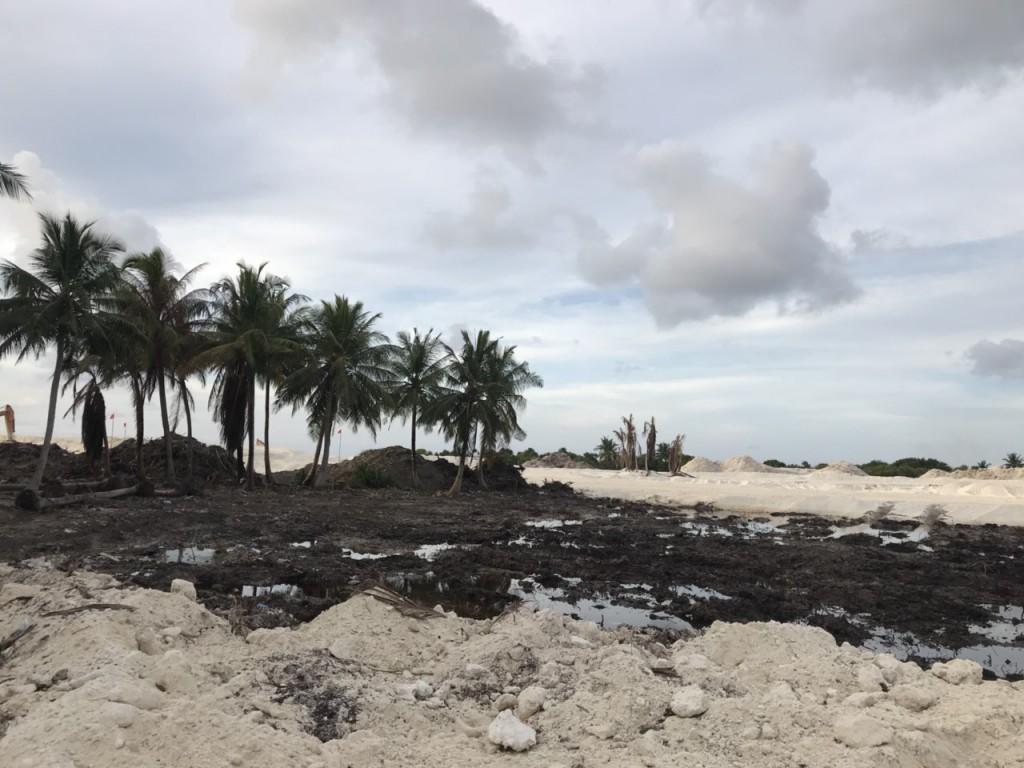 Even today we have arrived at the same mangrove area. To that green environment. However, now, it is an empty big land space covered with sand ‘hills’. We see people from different areas and vehicles roaming around. When we climb that big sand pile, we see just one scene. We see the first stages of Kulhudhuffushi people’s dreams becoming a likely reality. 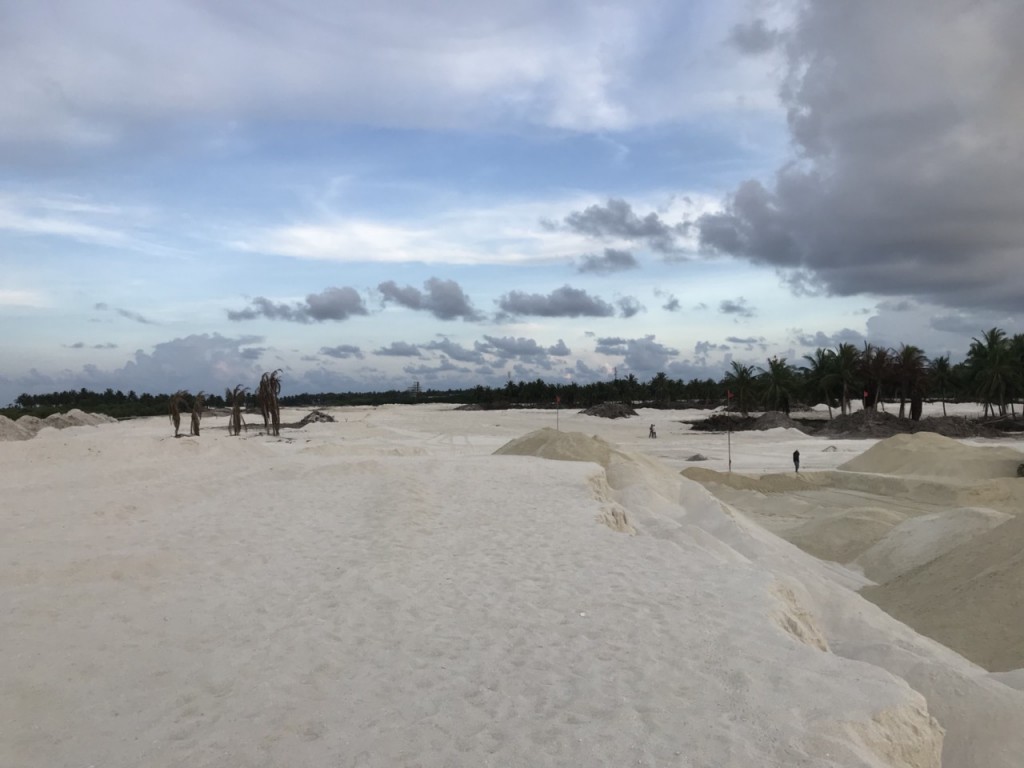 A part of the sea and mangrove swamp had been reclaimed and land extended, to make space for the Kulhudhuffushi domestic airport. That work had been smoothly done, with MTCC’s Mahaa Jarrafu, as it’s maiden job. On the seaward reclaimed area, the work is been done at a fast speed. That work is also done by MTCC the long server of the citizens and the government. To make the runway, ground levelling is being done in that area at a very high speed. It has been vowed, to finish the island’s airport in next August and flights be enabled to land. 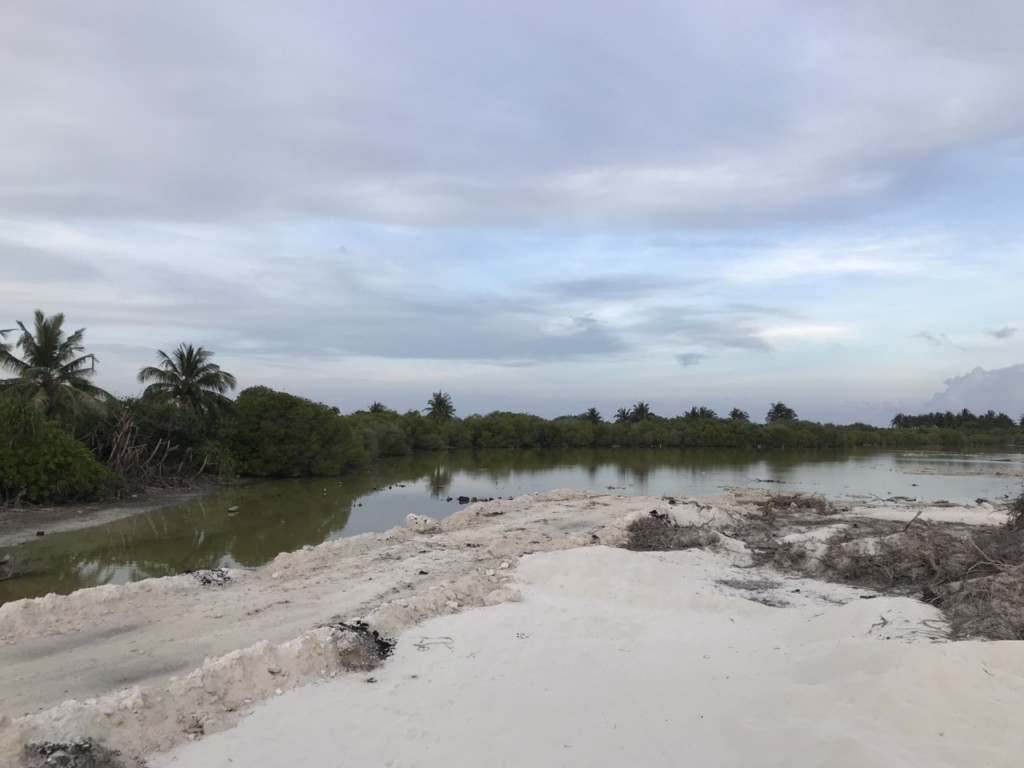 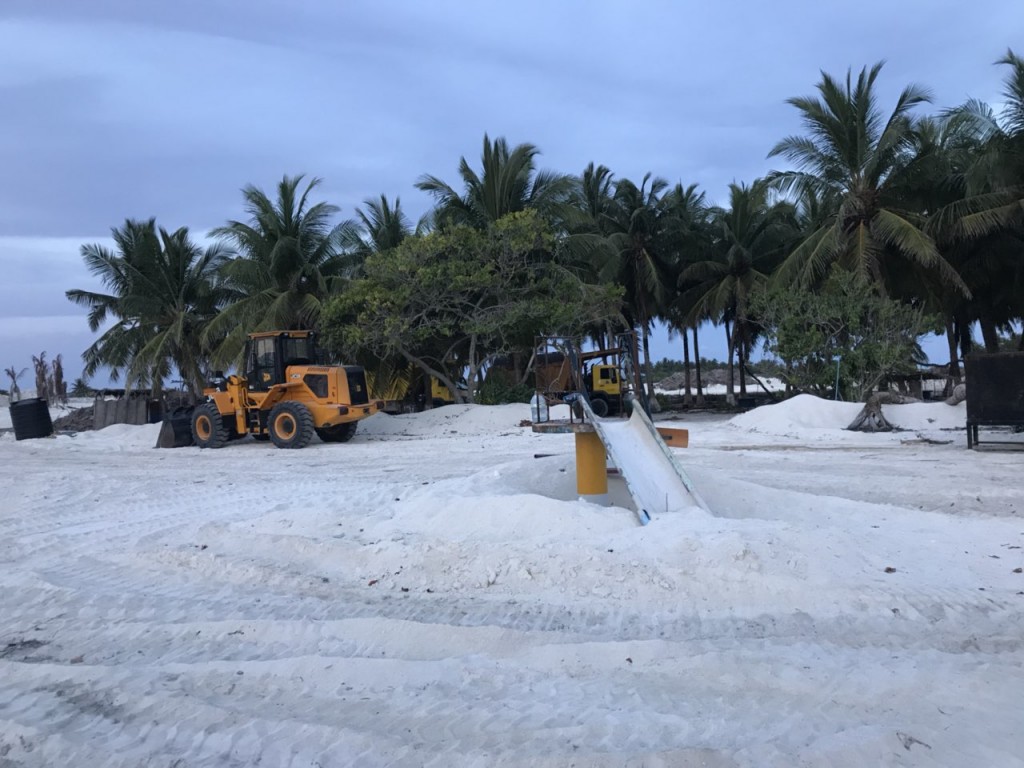 While we see Kulhudhuffushi island folks dreams being realised, at the same time, we also see, part of the island’s natural beauty vanished and a major environmental destruction caused, at the same place. What is there now are the remnants of dead skeletons of mangrove trees and coconut trees. We see them being burnt and buried down. That green vegetation is now underground to make way for an airport development. 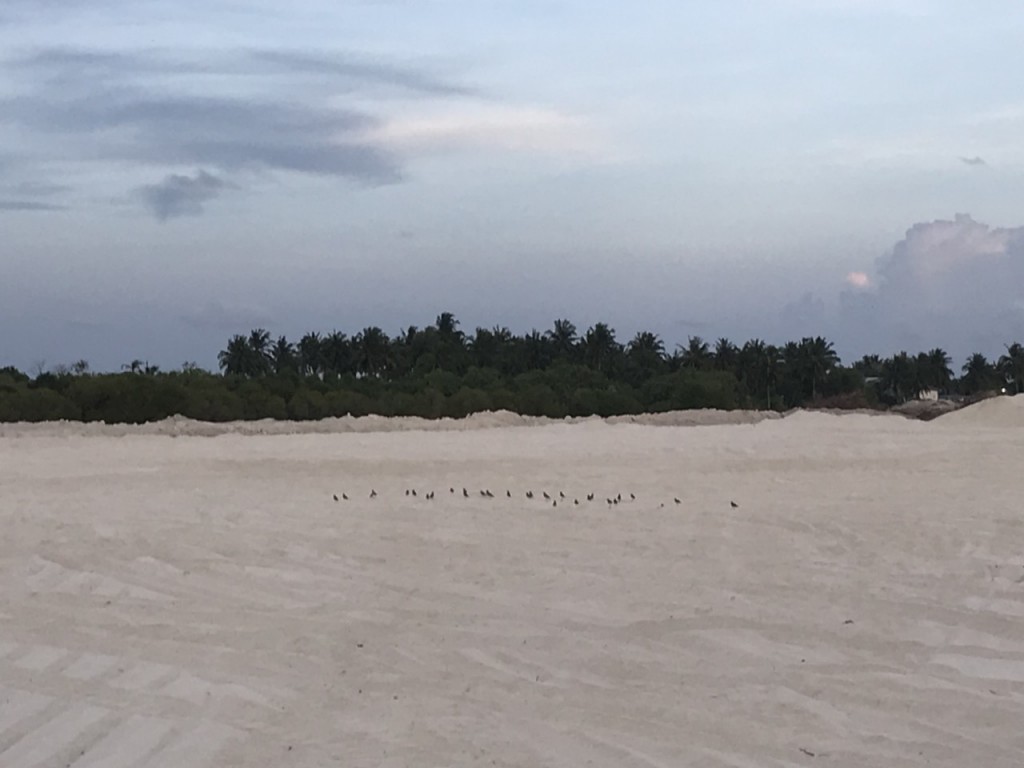 During the trip I took here, three months ago, where I had canoed, now I can go by foot. During that canoe trip, I experienced an incredible sublime. Birds were flying above me. Today too the same birds flew overhead and what was missing was the green environment. Today after making rounds, the birds sat on the sand to use for reclamation. While they sit on the sand, it seems like they are searching their homes. Since there is still some part of the mangrove, life and hope aren’t gone. 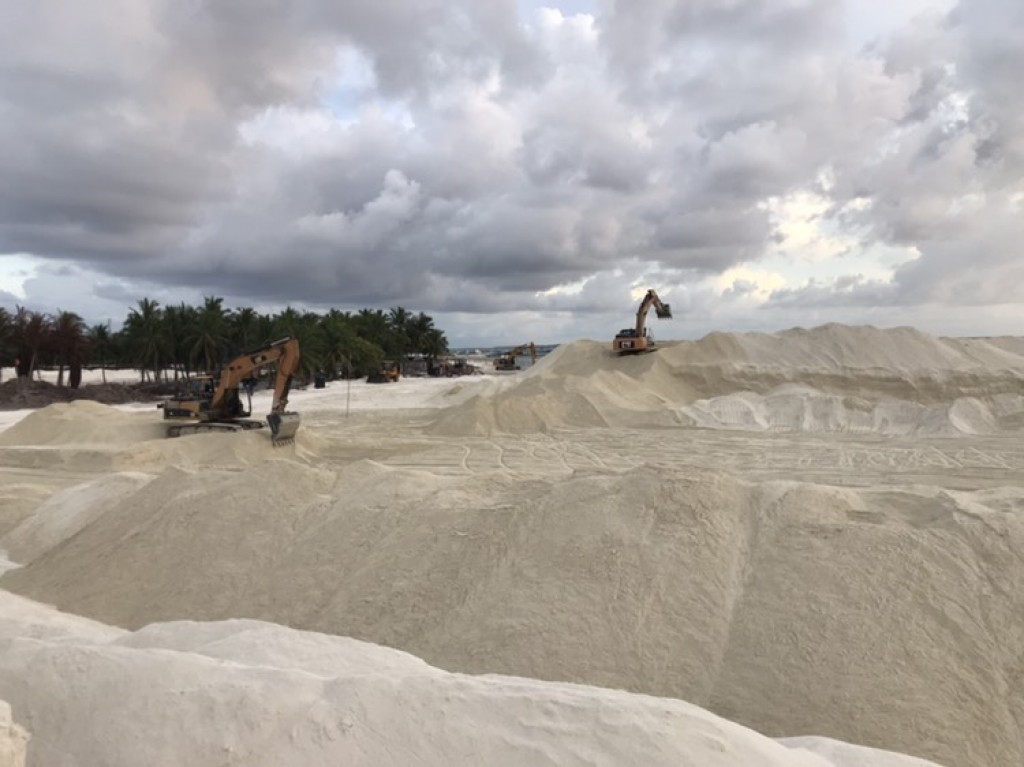 Although most parts of the island’s green vegetation had been completely destroyed, the locals are very happy. Instead of the environmental damage, they are more fixated on the forthcoming developments. For an urban development. It is their biggest dream to see the day when flights land there, instead of birds. It is a great happiness for them, that the runway is being built for those flights, instead of reminding and grieving over the island’s lost mangrove swamp.