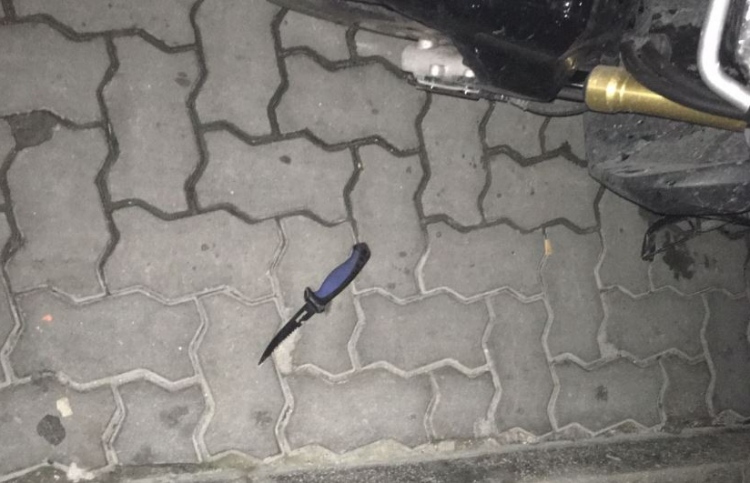 The knife that was used to stab the victims were left at the scene of the crime. PHOTO: NISHAN ALI/MIHAARU

State-run Indira Gandhi Memorial Hospital (IGMH) stated on Sunday that the youth who was injured during a knife attack late on Saturday night is now stable.

The 24-year-old man was stabbed during the attack which took place in Maafannu ward of capital Male. The perpetrators also fatally injured a 19-year-old, Moosa Ahmed of Vaavu atoll Keyodhoo island, who died of his injuries while being treated at IGMH.

Regarding the former, IGMH’s spokesperson said, “Doctors say that he’s stable. We can’t give any more details.”

The perpetrators had fled the scene, leaving behind two motorcycles and the knife used in the attack.