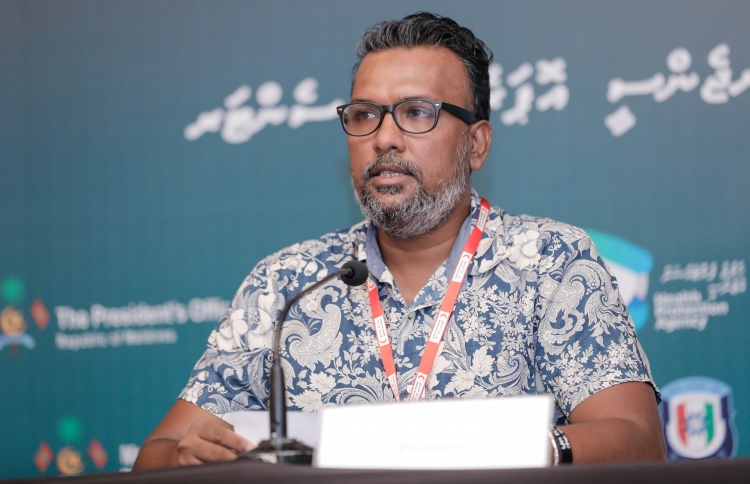 Maldivian Red Crescent (MRC), on Sunday, announced the launch of a migrants relief fund to alleviate difficulties faced by expatriates in the country amid the ongoing COVID-19 pandemic.

Speaking at a press conference held by the National Emergency Operation Centre (NEOC), MRC President Ali Nashid stated that members of the public would be able to contribute to the fund until the end of May via the donate button on their website or by transferring payments to the listed bank accounts.

MRC Secretary-General Fathimath Himya stated that MRC would regularly declare information concerning the total amount collected as well as details on how the money is spent. She noted that MRC would only assume responsibility for funds sent to their accounts.

The Secretary-General urged the public to exercise caution regarding any possible scams designed to steal money under the guise of MRC’s fund.

Furthermore, Nashid reiterated MRC’s concern over the condition of expatriates’ accommodation in the capital city of Male’, describing some residences as ‘unfit for human habitation’.

He highlighted the necessity of ensuring adequate housing for all in the aftermath of the pandemic and called on citizens to support vulnerable individuals.

“A society’s safety can only be ensured by guaranteeing protection for its most vulnerable members”.

The Maldives now records 527 confirmed and 508 active cases of COVID-19, 18 recoveries and one death.

The World Health Organization (WHO) has classified the spread of COVID-19 as a global pandemic. The new strain of novel coronavirus has infected over 3.5 million people and claimed over 246,300 lives around the world. However, out of those infected, more than 1.1 million people have recovered.