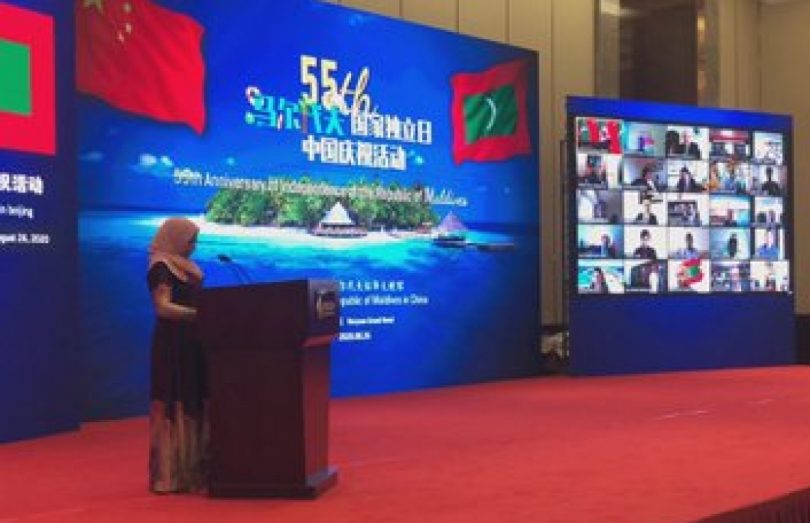 Honoured to take part in the event by @MDVinChina celebrating the 55th anniversary of #Maldives independence. China has and will continue to be an important development partner. pic.twitter.com/kUyVrZvRBd

Minister of Foreign Affairs Abdulla Shahid delivered a speech in Chinese during the reception.

Noting that the bilateral ties between the two countries were based on strong economic ties, Minister Shahid assured that China would continue to be an important development partner of Maldives. Minister Shahid also highlighted China’s position as the largest market for tourists.

I am thinking of issuing a certificate to Minister for excellence of self- learning capability.

Due to the surge in COVID-19 cases in the Maldives, the government cancelled Independence Day celebrations for 2020 including the official assembly, sports festivities and parades. President Ibrahim Mohamed Solih virtually addressed the country to mark the occasion.

The Maldives gained independence from the British under an agreement signed with the United Kingdom on July 26, 1965. Since then, the country has celebrated July 26 as the Independence Day each year.