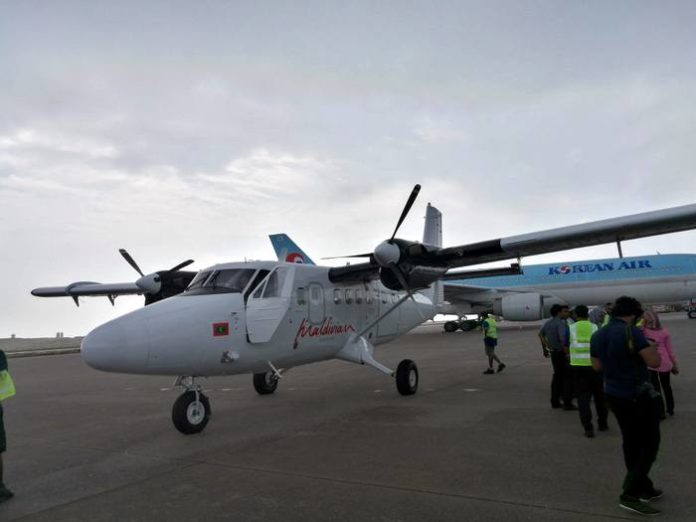 The national airline of Maldives, Maldivian, has expanded its fleet with the arrival of their 13th aircraft.

The new Dash-8 aircraft landed at Velana International Airport on 2nd January 2018. It will be fitted with floats before it enters into service.

Under their plans to expand the fleet, Maldivian has brought in two Twin Otters in December 2017. The flagship carrier has plans to add four Twin Otters during the first quarter of 2018.

Meanwhile, Maldivian has signed an agreement with Quest Aircraft Company, a Japanese-owned company, to commence a new seaplane operation using a fleet comprising the company’s Kodiak aircraft. An initial order of four Kodiak 100 aircraft has been placed.

It is yet uncertain whether the new venture will operate as part of the existing seaplane operation or as an independent entity.

Maldivian has been rapidly expanding their fleet since the introduction of their seaplane operations in 2014. The airline operates to more than 6 six resorts in the Maldives.

Trans Maldivian Airways (TMA), which is privately run, also operates in the Maldives. TMA has a fleet of 49 seaplanes, which makes it the biggest seaplane operator in the world.

The seaplane is the preferred mode of transport between Velana International Airport, and a majority of resorts, especially those located in the outer atolls.