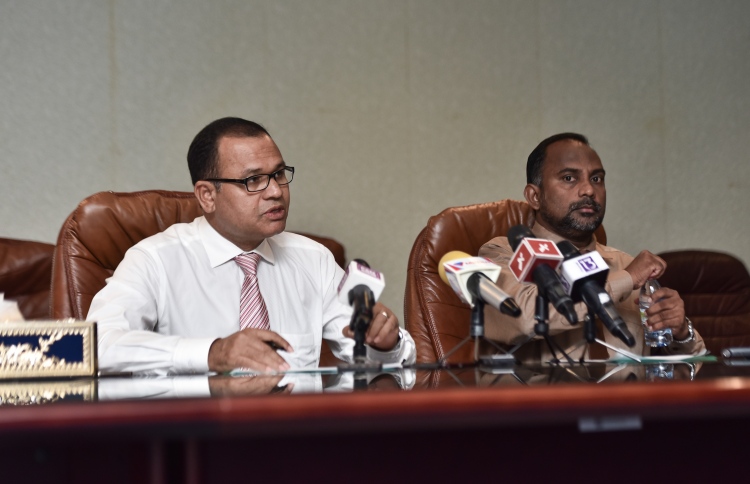 The Maldives will hand over MVR 18 million, raised to relieve the plight of the Rohingya, to the Bangladesh Red Crescent in a week, announced Islamic minister Dr Ahmed Ziyad Baqir on Tuesday.

Speaking at a press conference held regarding the government-spearheaded movement to raise funds for the persecuted Muslim minority of Myanmar, Dr Ziyad highlighted that several activities were held to raise money including the telethon held in association with the media, and football matches held in partnership with the Football Association of Maldives (FAM).

Taking the donations made by state companies, private organisations and individuals into account, the minister revealed that MVR 18.1 million have been raised for the Rohingya.

“We still have donations of up to MVR 500,000 pending, but all the activities to raise money for the fund are now over. And so, we will be handing over the funds to the Bangladesh Red Crescent with the assistance of the Maldivian Embassy,” he said.

The minister stated that the funds are currently being exchanged for US Dollars at the Bank of Maldives Ltd (BML).

The persecution of the Rohingya by the security forces of Myanmar is at the centre of the international eye, as hundreds of the Muslim minority have been slain in a brutal military crackdown. Hundreds of thousands of Rohingya have fled to neighbouring Bangladesh while the United Nations have accused the government of Myanmar of committing “crimes against humanity” and carrying out “ethnic cleansing” of Rohingya Muslims.

The UN National Security Council had again condemned the persecution of the Rohingya during its session this Monday.