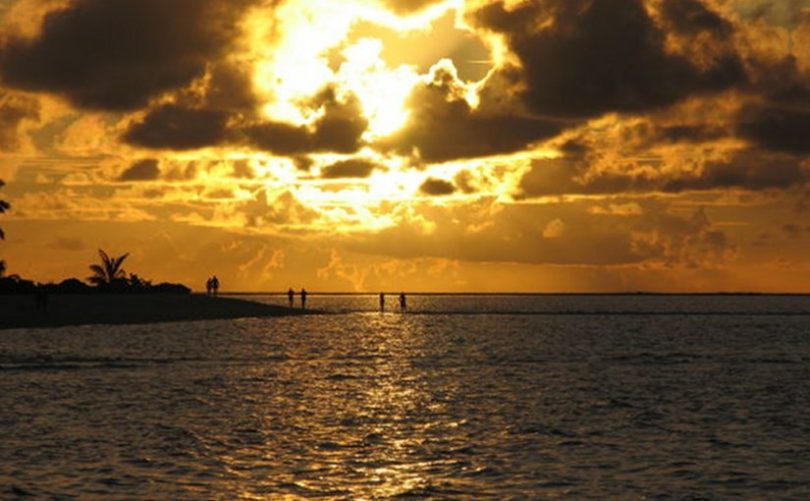 Of the twelve agreements signed with China, during the recent visit of President Yameen to China, the Free trade agreement signed between them is the most important one.

Surprisingly, the agreement that runs into a few hundred pages was passed in an attenuated parliament when the opposition was not present and was over in 30 minutes without any discussion on the merits or the demerits of the agreement.

The present one, is a second such agreement China has with a South Asian country with the other one being Pakistan that has already become a colony of China.

While there was no need for such an agreement with Maldives being able to offer only fish exports that not carry import duty into China, it is China that is going to benefit from this arrangement with all the goods coming into Maldives without any duty. It is just a matter of time before Maldives will be flooded with Chinese goods.

The economics minister of Maldives, who has been negotiating with China behind doors since 2014, justified the agreement that it would be easy to get finance for small businesses and help expansion of financial sector in Maldives. Vague reasons indeed!

On the question whether the Chinese could freely start business in Maldives any time, any where and with any amount, the Minister said that Maldivian laws do not permit such investments. What he did not add and from what we know, the Maldivian laws can be adjusted in any manner with a President who is in full control of the government, the armed forces and the judiciary! Witness the ruling he obtained from the Supreme Court that Parliamentarians would lose their seats if they cross the floor. This was the time (July 13) when several ruling party members joined the opposition with a second no confidence motion being tabled!

Maldives depends on tourism and export of fish to sustain its economy. With a majority of the tourists coming from China that would further increase with this agreement and with all the fish exports going to China, it does not need a rocket scientist to conclude that China in due course will have a stranglehold on Maldivian economy.

The real purpose of China going for such an agreement could be understood from a statement of Global times which it said in criticising India’s stand and I quote- “It won’t be easy for India to maintain its political influence in South Asia if its own economic presence is weakening. If India thinks (that) its position is threatened, it should consider how it can give more benefits to its neighbours through its win-win cooperation.”

This would mean that China’s aim is to have political influence through economic means and it can afford to do so with its deep pockets and aggressive bargaining. Are we to conclude that all the initiatives under the “Belt Road Initiative” are for getting political influence?

But it is still perplexing as to why Maldives has gone for such an agreement that would in due course threaten it sovereignty? With elections coming next year for President ship, Yameen would certainly bid for that post but has to ensure that all credible opposition members are disallowed from contesting. Former President Nasheed is strapped with a fourteen year sentence on terrorism charges and one other possible candidate Gasim Ibrahim who is also not eligible to contest by a constitutional amendment and now in exile after being sentenced to 4 years of imprisonment- the road is now clear for Yameen to have another term. He would need China’s support in international fora if and when he is threatened with sanctions and isolation.

The FTA has been strongly criticised by the opposition in Maldives whose leaders are mostly in exile after being subjected to terrorism charges. Former President Mohamed Nasheed said that Maldives already owes 70 percent of its foreign debt to China and this agreement would leave China to undermine both the foreign policy and sovereignty of Maldives.

For India, it goes against the “India First” Policy” that both countries have assiduously worked for in the last few years. I would go further and say that it goes against the very concept of SAARC with China entering into the region as the “bull in China shop!”

It is said that Delhi was taken by surprise by this agreement. Backdoor talks have being going on between the two countries since 2014 though in secrecy. Yet Male is a very small place and I would be surprised if the Indian intelligence was not aware of it. Certainly the Indian mission there would also be aware of it. The official response that it is all-right if it contributes to the stability of the country!

But India is said to be certainly concerned about the developments. A top delegation from India is expected to visit Maldives very soon to “over come the strained relations” as mentioned in the media in Maldives. There was an editorial recently from “Vaguthu” a mouth piece of President Yameen which said that -I quote “ India is not a best friend but an enemy.” It followed with a direct attack on PM Modi that described the PM as “an extremist Hindu with a history of carrying out extreme actions against Muslims.” The editorial was subsequently removed but the damage has been done.

Former President Gayoom described the editorial as “outrageous.” He said that no Maldivian in his right mind would subscribe to such views. India has been and remains a very close and trusted friend of Maldives”. Former President Nasheed condemned the anti Indian diatribe in foreign policy that is destroying the relationship between the two countries.

China’s intentions are clear. It would like to have political leverage through economic policies as said very openly and blatantly by the Global Times. This is already taking place in Myanmar.

Soon it is going to get too close for comfort for India. It is likely that the new dispensation in Nepal may also go for a free trade agreement with China.