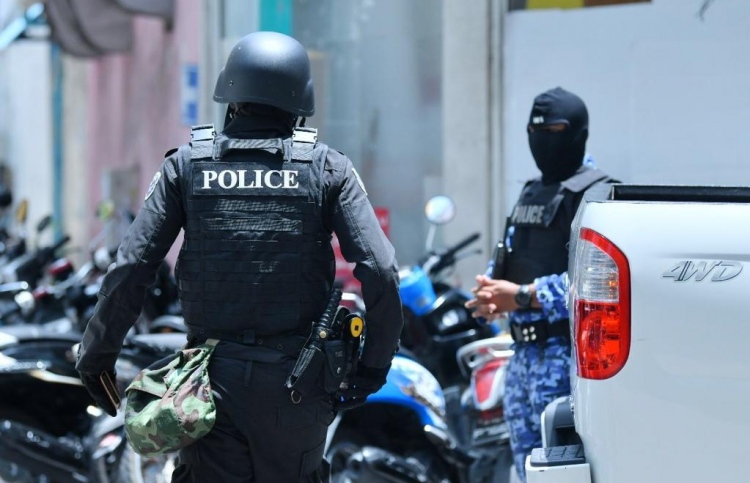 MALE – The Maldives police claimed on Wednesday to have foiled a terror attack by arresting at least five suspects, putting radicalization in focus in a country where a high number of citizens had joined the Islamic State terror group to fight in Syria.

“Following an extensive intelligence operation, the Maldives police service has prevented an alleged act of terrorism by extremist elements. An operation is currently underway to identify and detain suspects involved,” the force said in a statement on Twitter.

Although the authorities have not revealed the target of the purported attack on the archipelago, they said that so far they had arrested “one man from Male, three from a boat in the ocean and one man from the Thimarafushi island.”

A police spokesperson refused to give more details to EFE as the operation was still underway on Wednesday, coinciding with the nationwide Republic Day celebrations.

The IS had claimed responsibility for a mass stabbing in February in which three foreigners – two Chinese citizens and one Australian – were injured near an atoll close the international airport, situated north of the capital of the majority-Muslim archipelago famous for its luxury tourism.

The attack occurred a day after Maldivian President Mohamed Solih announced the completion of the construction of a centre to de-radicalize and rehabilitate Maldivian nationals who had joined the global terror group.

The initiative is part of Solih’s plans to repatriate the families of ex-Islamic State fighters in Syria.

A 2015 United Nations report on the number of foreign terrorists made a special mention of the Maldives, which has contributed among the world’s highest number of foreign fighters per capita: around 200 out of a total population of 345,000 inhabitants

The Maldives police confirmed in December 2019 that 173 Maldivians had fought with the rebels, out of which 59 still remained in Syria.

Moreover, the same month a presidential commission concluded that local cells of Al-Qaeda and IS had been behind the death of lawmaker Afrasheem Ami in 2012 and the disappearance of journalist Ahmed Rilwan in 2014.