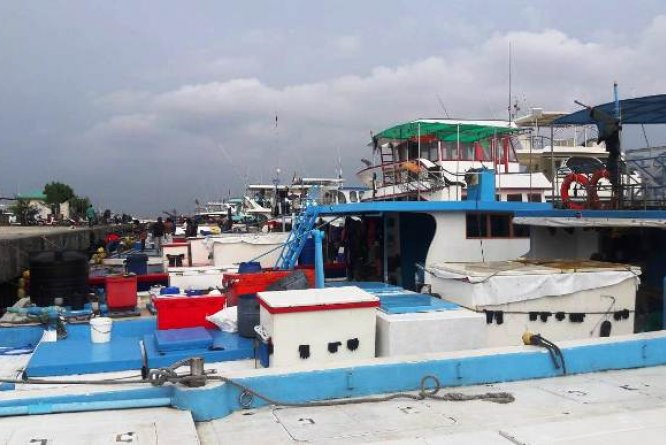 The original Dhivehi article was published on Vfp.mv website on 10th December 2017.

A free trade agreement is done amongst similar nations in the motive to expand their businesses and mutually derive gains. However, if done between countries that differ in the development category they belong to, it won’t be a fair agreement. For instance, looking at (North American Free Trade Agreement) NAFTA, where Canada, Mexico and the US has signed it together, when Canada and the US benefits from it tremendously, Mexicans lost their jobs and their farmers faced huge losses, resulting in many Mexicans forced to migrate to the US, to find a better life.

Maldives government continues giving extensive talks on the importance of Maldives-China free trade agreement. I will touch on some of them here.

According to Maldives senior government leaders, when duty is removed from Chinese imports, goods will become cheaper. Regarding this, I would like to mention an important point, during MDP administration, import duty from all countries were removed to reduce the price of goods. It was this government implemented double taxation, imposed import duty while taking GST, lead to the rise of prices of goods. Furthermore, when Chinese imports become cheaper compared to imports from other countries, it will subsequently lead to loss of sales and complete reliant on Chinese imports. Economically, it is not a wise move.

According to government leaders, when import duty of Maldives fish is removed in China, Maldives fish price will become cheaper in China. Unfortunately, China does not import fish from the Maldives. This is evident from statistics. And since Maldives fish is caught in an environmentally friendly manner using the pole and line fishing, it is sold at a premium and is well received especially in the EU. So far this was how fishing has thrived. However, when this product’s value is lowered, instead of growth, it would stunt it.

Today is fishermen’s day. On the occasion of the day, well wishes are conveyed while expressing concern over the future of fishing. While deluding the Maldives fishermen, due to the free trade agreement, the negative impacts to the Maldives fishing sector are well hidden. The biggest hindrance China’s fishing industry is facing now is a loss of fish due to bottom trawling. And due to the lack of fish, Chinese fishermen now trespassing into neighbouring countries waters to do bottom trawling had become a huge issue.

According to the environment conserving organization Greenpeace’s research, in 2016, around 2500 Chinese fishing vessels have trespassed into the territorial waters of other countries waters and conducted bottom trawling.

Due to such an agreement, it opens the opportunity for other countries’ businesses to establish their fishing companies in the Maldives, catch fish and even take them back to their countries. This is already happening in different parts of the world. After forming an economic zone, under the agreement, Chinese fishing vessels are bottom trawling in Senegal, Guinea, Mauritania and Las Palmas (Spain). And although the citizens of those countries face huge losses due to it, due to the pact done by their governments with China, they are helpless and unable to do anything about it.

According to the report published by a world famous scientific journal Nature Communications in 2016, in fishing, China keeps carrying out extensive deceptive activities. Likewise, it was written in the journal that they had noticed that China had increased the fishing figure that they have caught in their seas and reduced the amount they have caught in the waters of other territories. According to the journal, a research finding in 2013 shows that China annually catches 3.1 tons of fish from overseas. And according to Rasheed Kung, Head of Greenpeace East Asia, earlier the locals of Senegal, Guinea and Las Palmas, after leaving in the morning, are able to come back in the afternoon with their catch. However, now, they had to stay back on the sea for days looking for a catch. It has a strong link to Chinese fishing vessels bottom trawling in these countries waters. Due to bottom trawling, the countries are also facing the harmful environmental impacts of it. During bottom trawling, coral and much marine life get caught in the net. These are thrown back into the sea once the net is drawn into the vessel. However, these are important to the ocean ecosystem. Since it is also something that the Maldives also might face, it is imperative that Maldivians become aware of this.

In a speech of China’s President Xi Jinping given in Tanmen township, he has called upon the local fishermen to go further away in bigger vessels and catch fish. China’s aim is to bottom trawl in a bigger fishing vessel in different parts of the world. Countries who are enduring this exploitation are facing the impacts and their local fishermen are becoming poorer.

By signing in such an agreement with China, in the same way, the other countries had faced the unfavourable consequences, the likelihood of big fishing vessels coming and in front of the eyes of the Maldivian fishermen, trawling and wiping out everything in the ocean of the Maldives, is very high. And in such a situation, because of the agreement, a complaint or an action or a solution won’t be there. And at that point, Maldives’ bloodline will be slit.

Many are expressing their concern over the China-Maldives free trade agreement. But since today is Fisherman’s Day, I felt it especially crucial to look at the impacts the agreement will do to Maldives fishing sector. On 26 July 1965, Maldives government signed an independence agreement. However, now, we are witnessing the sad scene of an enslavement agreement signing on 8 December 2017, along with the support of parliamentarians who had betrayed the citizens and the country.