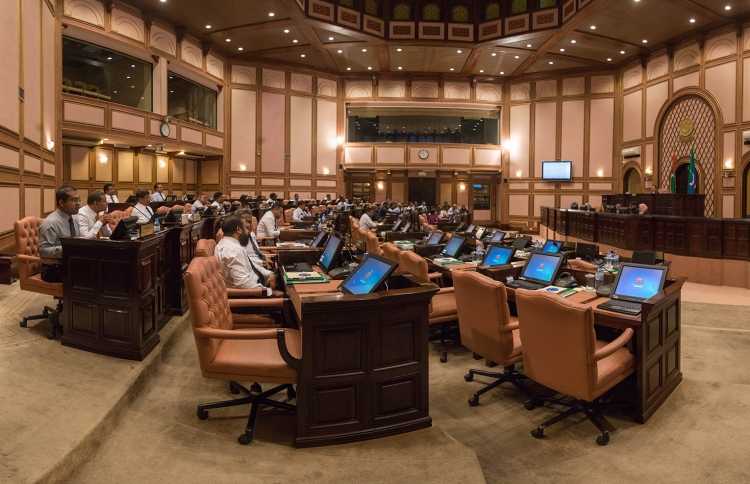 The original Dhivehi article was published on Mihaaru.com website on 19th April 2018

How do those taking up a government post and acquire wealth overnight, can so easily avoid the criticisms? How do they justify buying expensive items such as cars, apartments even land and get away so easily by saying that they spend their hard earned and halaal money?

These are the questions the public, who believe that the parliament members and people in government high posts are drenched in bribe money, should ask.

When corruption cases are surfacing one after the other, and MPs are especially confessing on their own of taking bribes, followed by the alleged perpetrators turning into instant millionaires. However, in the name of closing the opened corruption doors, what action is truly being taken?

The primary action to prevent undeserved accumulation of wealth for people in state posts is to make it mandatory for them to honestly declare their stakes in business and financial statements. Even now, the president, cabinet members, parliament members, judges, prosecutor general and some heads of independent institutions, have to annually declare their wealth and submit their financial statements to authorities. However, it is done now without the knowledge of the public, which does not fulfill the purpose of such a declaration and done so just for the name only.

The first problem is that when there is no punishment in the law for those who don’t declare their wealth, there is also no way to make them responsible for their inaction. The second problem is, they are not prompted to verify the information they had declared. And the third problem is since it is not legally required to publicize it, those in the posts and those institutions in charge of collecting those statements also do not feel obliged to do so. When they don’t reveal how many or who had declared their financial statements on their own initiative, it also had become impossible to obtain such information from these institutions.

The secrecy of the institutions

These cases related to financial statement declarations became more public along with the ‘Haamakurey’ (reveal it) campaign run by Transparency Maldives in 2015. What was noted by the organization’s activities was withholding of information about the submission of the financial statements and also not verifying the statements to see if they are valid. The institutions that collect financial statements are parliament administration, auditor general’s office and judicial service commission.

He noted that it is also difficult to confirm whether financial statements are submitted
as mandated by the Constitution. 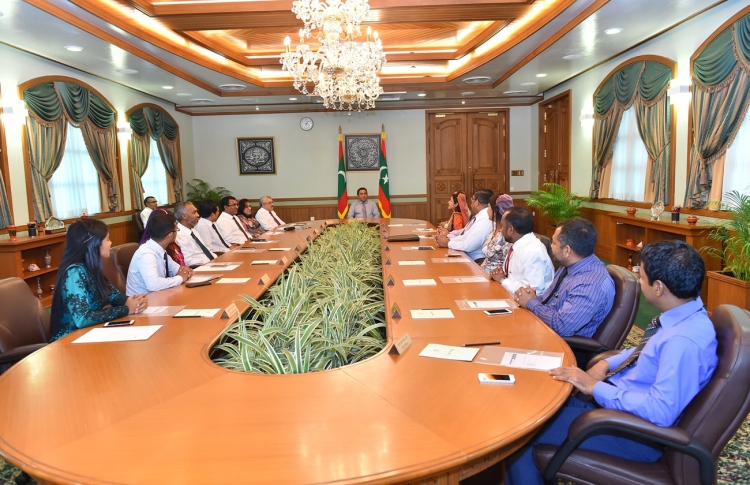 Although it is not mandatory according to the law, saying no to corruption and in the spirit of upholding democracy, every person in their post has the right to reveal financial statements. After the pressure of ‘Haamakurey’ campaign, some MPs had done that. However, at the beginning of the campaign, when just 12 MPs revealed their financial statements on social media, in the past 2 years, the number declined. Some concerns, excuses and fuss were also noted through that. And most believe that MPs financial statement format doesn’t fulfil the purpose of it.

‘We still don’t receive the support we expect from the people in high posts in the government. Some still don’t believe that they have to reveal their financial statements,’ Ahid said.

‘In many parts of the world, they reveal financial statements. It controls the accumulation of undeserved wealth. It also combats corruption.’

‘If the public believes, change can happen’

The main problem that we are facing is without considering the spirit of things since it is not stipulated in the law, passing through that loophole in the system. So, will the lawmakers patch these loopholes? This is something that denotes to them and has their stake in it.

When an Anti-Defection bill was passed hurriedly saying its aim is to deter corruption within the parliament, why weren’t other steps taken? Why not make it mandatory to reveal to the public the financials and business stakes of those in high government posts and confirming if its the full disclosure and verifying the authenticity of the information, prosecuting those who become undeservingly rich? Why not criminalize illicit enrichment and expedite the passing of ‘Illicit Enrichment’ bill which has been submitted by the Anti-Corruption Commission to Attorney General’s office?

However, these things don’t happen.

If people in top posts do not take the initiative do what they are supposed to adhere and which clashes with their personal interests, then it would be up to the public to force them to do so.

‘I feel that these things can be changed by the public. If the public believes and pressures them, although MPs are the people to make the laws, those changes will happen. Nevertheless, if the MPs wants to be reelected in the election next year after the current 5-year term, then they have to face the people,’ said Ahid.

‘What we want to do is to make the public aware that all of this is something that would benefit the citizens and the country, and publicizing the financial statement is not something that harms those in high posts, unless if they became rich illegally.

In every country, there is a high probability for those in high posts of getting rich illegally through their power and influence. While in the Maldives, such scandals are surfacing, and claims are made, to ensure those don’t repeat, and that those matters can be easily investigated and action be taken only when financial interests are honestly and fully disclosed only if a culture of verifying such documents is created.