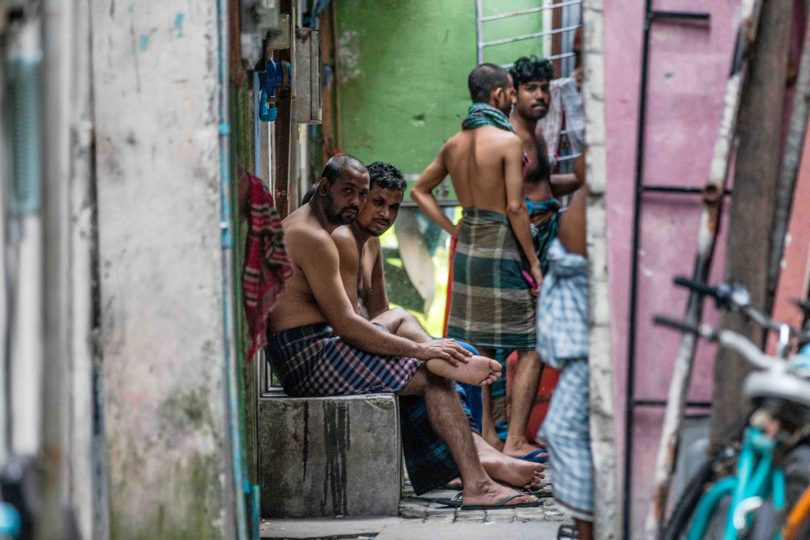 Migrant workers who have gone unpaid for months since the outbreak of Covid-19 have protested their living and work conditions as inhumane. About 100,000 migrant workers work in the Maldives, mostly from Bangladesh, working in the construction and tourism industries, which have been badly hit by the Covid-19 pandemic.

“The Maldives president campaigned on a promise to abolish laws curtailing free speech and assembly, but now his ministers are resorting to the previous government’s old tricks to prevent protests,” said Patricia Gossman, associate Asia director. “The Covid-19 pandemic has caused enormous challenges for the Maldives, but instead of hearing out these desperate migrant workers, the Solih administration is trying to silence them by restricting peaceful assembly.”

On July 14, 2020, the Home Affairs Ministry declared that street protests and marches could only be held with prior written approval from the Maldives Police Service, except in one closed-off location in the capital, Malé. The ministry said it was acting in accordance with the 2016 Freedom of Peaceful Assembly Act, which the previous government enacted to crack down on the media and civil society.

At the time the party of President Ibrahim Mohamed Solih had condemned the amendment as unconstitutional and an abuse of power. But after the 2018 presidential election, the government baulked at annulling the amendment, although it was seldom enforced until now.

In addition, the Youth, Sports and Community Empowerment Ministry stated on July 14 that nongovernmental organizations should not support “actions that are detrimental to national security and national interests.” The statement followed news releases and a petition by civil society organizations in support of the migrant labourers.

The Solih administration has failed to act against violent ultra-nationalist or Islamist groups that have threatened or tried to shut down activist organizations. Instead, in November 2019, the government actually closed down the Maldivian Democracy Network (MDN), the country’s leading human rights organization, which was facing threats and allegations of blasphemy by Islamist gangs.

The Maldives government is obligated under international human rights law to respect and uphold the right of everyone in the country to peacefully protest and freely receive and disseminate all types of information. Concerned governments should press the Maldives to protect the rights to peaceful expression and assembly.

“The Solih administration should not allow the added burdens of governance during a pandemic to reduce its commitment to basic human rights,” Gossman said. “Government officials need to hear all voices, especially the critical ones.”