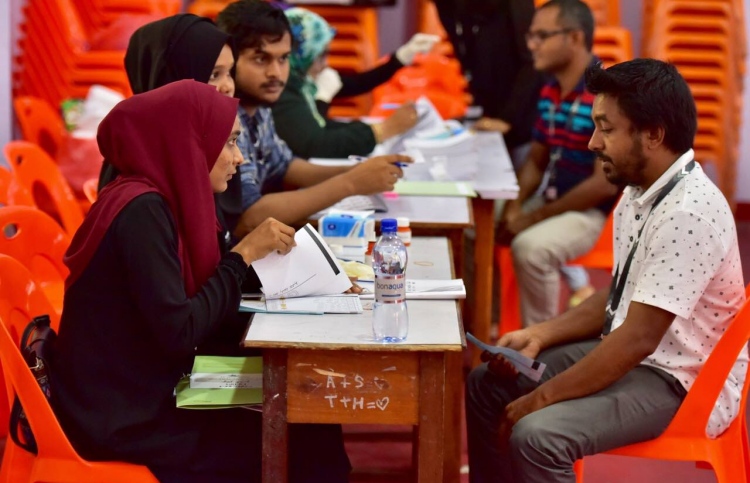 The original Dhivehi article was published on Mihaaru.com website on 7th September 2018

We will begin with an island from Haa Alifu Atoll; when Elections Commission (EC) invited applicants to register as voting officials, some island locals sent in their applications. However, the EC said since they do not meet the criteria, none of them is qualified to become voting officials. And when the final 7 voting officials were announced, none of the selected had even applied for the post.

What is obvious is that all of them are active members of the ruling party PPM. Photos of them in PPM meetings and campaign activities had been published on social media.

‘Fenaka staff and PPM senior members. Members registered under the party were removed and made as voting officials. They didn’t even apply for the positions. They only found out about it when PPM campaign office called and told them,’ informed a councillor of Haa Alifu Atoll in anonymity. 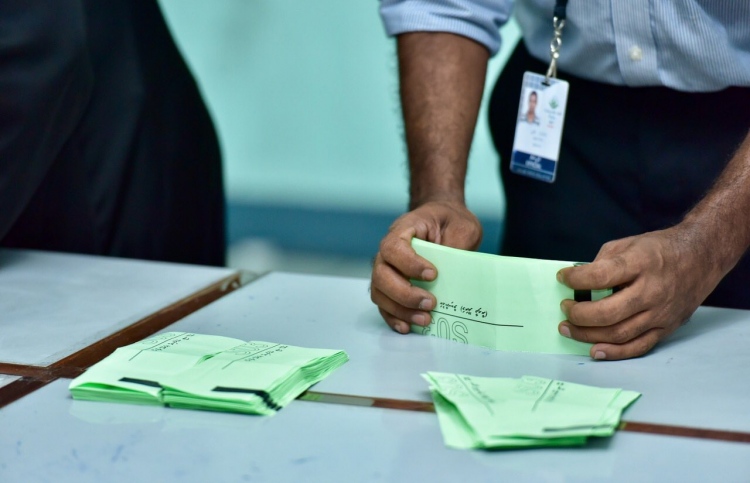 This is the story of just one island. Mihaaru news had been made aware of similar happenings by several other sources – several selections of who hadn’t applied for the voting official position. Some of the ballot boxes include some of Malé area poll stations and islands of Raa Atoll, Baa Atoll and Vaavu Atoll.

When there are 6-12 poll workers appointed at a polling station, most of the current appointees belong to state-owned companies and PPM supporters.

This is the concern of the many.

Before opening the invitation for poll workers, the EC had laid out the criteria. That they won’t be appointing a poll worker who belongs to a political party. When the EC opened the application to become poll workers in Malé, other atolls, resorts and overseas, more than 7000 people applied.

According to EC, amongst them, 3700 were appointed after being interviewed individually. If so, when some of them were appointed without them applying for the position, then it is a matter which needs to be questioned.

The oppositions allege that the voting officials list was sent to the EC from a PPM campaign office.

‘The officials were appointed according to the list. Around 95% of voting officials belongs to PPM. We can prove it. PPM campaign office calls the individuals up after they decide who and inform them that they had been appointed for a polling station,’ commented Ahmed Mahloof, MP for South Galolhu constituency, referring to the matter.

‘When civil servants hold a degree, having no affiliation to any political party had applied were rejected saying they didn’t meet the requirements, instead PPM activists were appointed. No matter how much you try to deceive and conceal it, these are things which you cannot hide.’

He believes that this is also part of the plan to influence the voting process. He claims that the EC and PPM have collaborated to pave an easy way for the PPM candidate President Abdulla Yameen.

In the past elections, the poll workers used to be island seniors. Such as senior civil service members and civil servants and educators. The public had the confidence in them.

While the EC claims that they had interviewed and appointed the poll workers, was it just a coincidence that most of them turn out to be PPM supporters? When non-applicants were appointed, from what list were they selected or from where were the applications sent in?

EC member Ahmed Akram answered these queries after repeatedly denying that non-applicants were not selected as poll workers.

‘We haven’t selected poll workers who had not applied nor hadn’t been screened. Saying we are doing so is a false rumour which is being spread,’ said Akram.

Akram also negated that the polling station leader and poll workers were appointed according to PPM campaign office’s instruction.

However, Akram didn’t comment about having selected majority of officials supporting PPM. He said that intentionally it wouldn’t have been done so and as proof said that after becoming voting officials they were informed not to take part in any political work.

‘After becoming a voting official if they take part in any political work, there will be consequences,’ said Akram.

‘If there is evidence to prove that PPM members were selected as voting officials, I urge them to send it to us. We will investigate and take action,’ Akram said.

So, to solve this matter, are we supposed to run after the EC? The EC had made several decisions in the past which raised concern. The EC was pressured into reverse decisions like reducing the number of ballot boxes in the resorts and other decisions which impeded the rights of many voters.

This time, the issue which has surfaced is also not minor. A commission which is charged to ensure that the elections are free and fair is now facing another issue which gives more room to believe that the body is heavily influenced by a specific side. They must probe into the matter where non-applicants and ‘coincidently PPM supporters’ were selected as voting officials and solve the matter urgently. Especially, to reduce the doubts raised against the free rein of the commission.