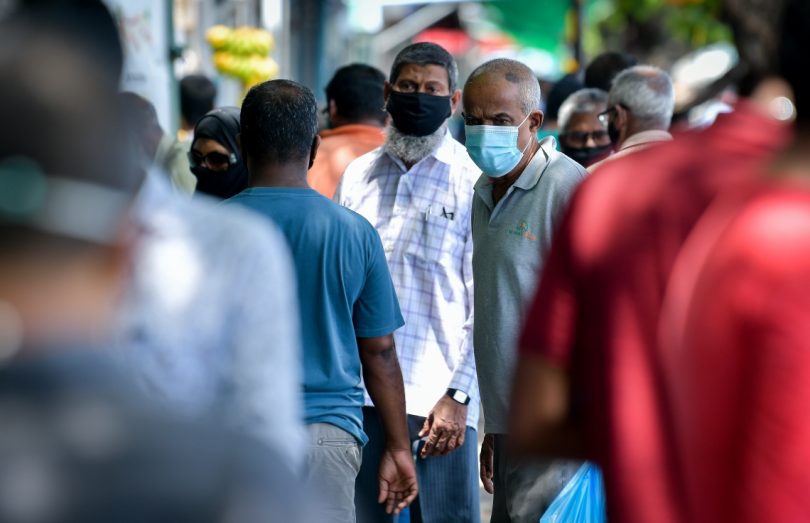 The Health Protection Agency (HPA), on Tuesday, implemented a curfew over the Greater Male’ Region from 2200 to 0500 hrs, starting from August 4 onwards.

Announced during a media briefing held by the Health Emergency Operations Centre (HEOC), the curfew is among several measures intended to tackle the second wave of the COVID-19 outbreak in the Maldives.

While takeaway and delivery services will also be prohibited during curfew hours, businesses are required to stop offering services latest by 2130 hrs.

Speaking at the press conference, Chief Superintendent of Police Abdulla Shareef stated that the police would ensure adherence to the curfew and noted that only HEOC vehicles, security services vehicles and ambulances would be allowed on the roads between 2200 to 0500 hrs. He urged any individuals with professional duties during curfew to carry official permits or wear uniforms.

In addition to the previously announced closure of government offices between August 4 to 6, HPA declared that employers would only be allowed to instruct 50 per cent of staff to work outside their homes. Overall the agency urged employers to opt for work-from-home policies since the highest number of close contacts reported by COVID-19 patients were connected to workplaces.

As a measure to reduce the number of close contacts reported by COVID-19 patients, public gatherings of more than five people were prohibited in addition to a temporary ban on sports competitions, tournaments and practice sessions. However, individual exercise is still allowed if the maximum number of groups are no more than five.

Furthermore, inter-island travel will only be permitted for medical emergencies and urgent needs.

Highlighting that travel from Male’ to islands following the previous lockdown could likely have resulted in undetected cases of COVID-19, HPA recommended that people in all inhabited islands wear face masks while outdoors.

Meanwhile, residents of any island outside Male’ from which active cases have been confirmed are mandated to wear masks.

Earlier on Tuesday, the Ministry of Education also announced a two-week closure of all schools in the capital city of Male’.

HPA revealed that the heightened protective measures were finalised by HEOC’s Technical Advisory Group (TAG) in response to the rapidly increasing speed of infection. HEOC noted that the number of independent cases, close contacts and patients over the age of 60 had increased considerably.

The number of cases increased significantly after the government initiated efforts to steer the country toward a ‘new normal’ and eased lockdown restrictions across the Greater Male’ Region following a sustained decrease of cases in June.

As one of the most densely populated cities in the world, Maldives’ capital Malé recorded a significant number of COVID-19 cases in the first weeks following the first confirmed local transmission on April 15.

The total percentage of recovered patients has fallen from a peak of 86 to 63 per cent due to the ongoing surge in COVID-19 cases.

On March 12, WHO classified the spread of COVID-19 as a global pandemic. To date, the new strain of novel coronavirus has infected over 18.4 million people and claimed over 697,200 lives around the world. However, out of those infected, more than 11.6 million people have recovered.