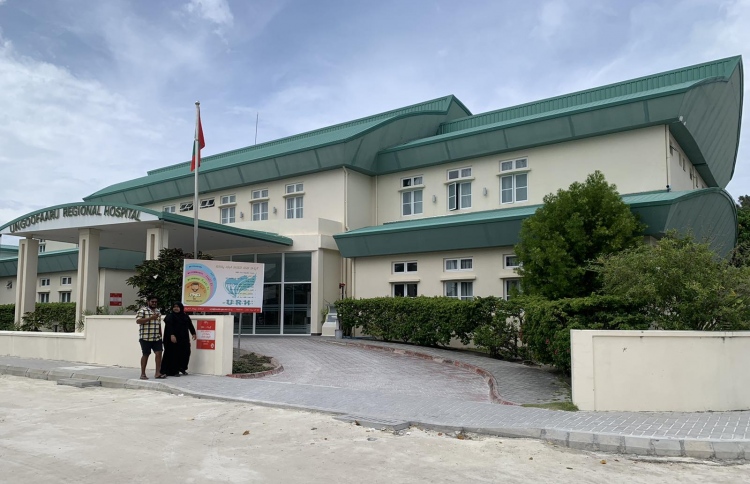 HPA restricted travel to and from the island after a female patient from Ungoofaaru Regional Hospital that was transferred to the capital city of Male’, tested positive for COVID-19.

Speaking to local media outlet Mihaaru, Manager of Ungoofaaru Hospital Mohamed Zayan revealed that the patient, a 50-year-old woman from Kurendhoo, Lhaviyani Atoll, had initially tested negative for the virus.

However, another sample collected by Indira Gandhi Memorial Hospital (IGMH) following her transfer to Male’ for further treatment tested positive for COVID-19.

Zayan revealed that seven doctors, 25 nurses and other hospital staff were among those that were placed under isolation after coming into direct contact with the woman.

Adding that Ungoofaaru Hospital employed 33 doctors and approximately 50 nurses, the manager disclosed that operational difficulties had occurred after such a considerable number of staff were isolated.

According to the manager, an average of between 300 to 400 people seek treatment at the hospital per day.

After recording low numbers for several weeks during the month of June, virus cases have now spiked, reducing the total amount of recovered patients from the peak 86 to 63 per cent.

As one of the most densely populated cities in the world, Maldives’ capital Malé recorded a significant number of COVID-19 cases in the first weeks following the first confirmed local transmission on April 15.

On March 12, WHO classified the spread of COVID-19 as a global pandemic. To date, the new strain of novel coronavirus has infected over 18.4 million people and claimed over 698,200 lives around the world. However, out of those infected, more than 11.7 million people have recovered.