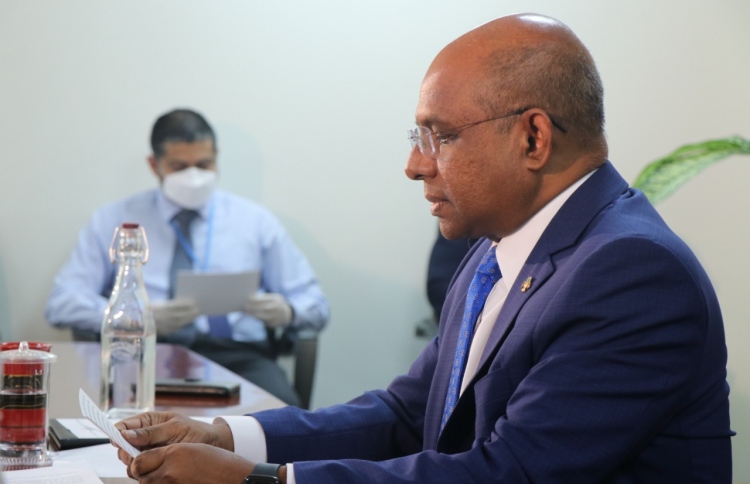 The Maldives, on Tuesday, co-hosted an event with Norway and Antigua and Barbuda to launch the ‘Group of Friends to Combat Marine Plastic Pollution’, on the occasion of World Ocean Day.

The collaborative initiative was established to formulate a response at the global level to raise awareness and to advocate for action to combat marine plastic pollution. Presently, 46 member states of the United Nations (UN) has joined the Group of Friends.

Noting that millions of people living on coastal areas around the world depended on the ocean for sustenance and economic growth, he raised concerns that the health of the oceans was rapidly declining due to the alarming level of increase in marine plastic pollution.

Describing the COVID-19 pandemic as a “wake-up call for humanity to build back better, in a more sustainable manner”, Shahid urged countries to increase initiatives that would highlight the need to address this urgent issue.

Thus, the foreign minister called for a global response that would lead to an effective international framework to fight marine plastic pollution in the near future.

In reminding the international community about the commitments of the Maldives, Shahid also reiterated the decision by President Ibrahim Mohamed Solih to phase out single-use plastics by 2023 and to fully protect 20 per cent of Maldivian oceans in the coming years.

In addition to Minister Shahid, the Prime Minister of Norway Erna Solberg, and the Minister for Social Transformation and the Blue Economy of Antigua and Barbuda Dean Jonas also addressed the event today.