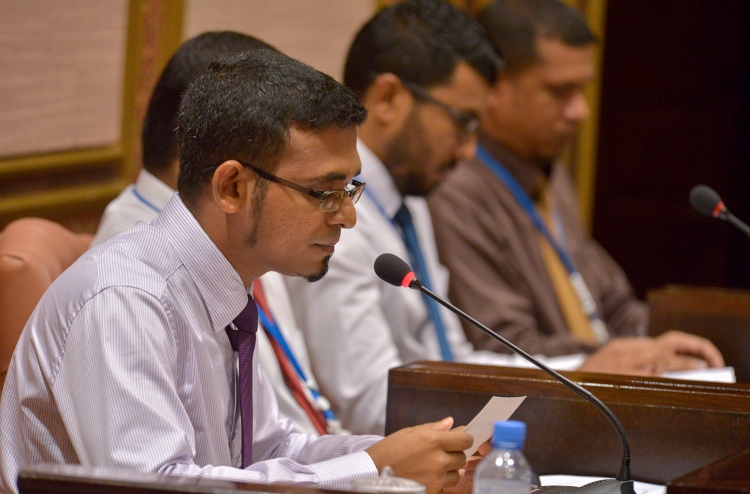 The original Dhivehi article was published on Mihaaru.com website on 2nd October 2017.

In the past 2 years, when the national budget was proposed to the People’s Majlis (Maldives Parliament), billions of Rufiyaa was stated as projected income from Special Economic Zone (SEZ) and from other activities. However, those 2 years had passed without any outcome.

Minister of Finance and Treasury Ahmed Munawar did not comment on the matter. Minister Munawar who had rarely met the media since taking office, after several attempts to reach through phone, refused to respond.

A source well aware of how things are done in the finance ministry said the ministry keeps a tab on the results achieved every month. And the ministry strongly urges the relevant government sectors by sending them letters o work towards the target.

‘However, we have not received the estimated earning from SEZ. And we have also not received the land ownership income and concession charge. We are puzzled over it. All the relevant laws had been passed,’ the source revealed.

As the year comes to a close without an increase in public earnings, Finance ministry had taken measures to control expenditures. This action was presumably taken as it became clear that almost 1.3 billion Rufiyaa will not be earned.

Even though some items in the budget did not materialize, since the actual arrivals of tourists exceeded the estimated arrivals, it is believed a low budget deficit can be a likely scenario. As per statistics, the government estimated the tourist arrivals to increase 4.7%. However, the current figure is 6%. Moreover, the number of days spent has also increased.

‘The tourism is performing better than the forecasted figure. The TGST and Airport Service Charge has increased, more than the estimated. And we are also seeing more money inflow into Maldives Inland Revenue Authority (MIRA),’ the source further revealed.

‘Most can be achieved after altering the laws. Those needs to be proposed separately to the parliament. However, unlike last year, this year things had been done through the parliament. The airport development fee was implemented a bit late,’ the expert said.

The government planned to implement the airport development fee law that got approved, from January onwards. However, when the bill got passed it stated the charges to be applied from May.

‘Comparing to last year, such matters are fewer. Earlier, what finance ministry wanted to achieve through parliament didn’t go through as expected and it wasn’t implemented timely. Which lead to decreased earnings,’ the expert said.

Since the estimated earnings from SEZ didn’t materialize, every year it calls for intensive assessment.

‘Last year it was estimated to receive 1 billion Rufiyaa from SEZ. However, even last year also we didn’t receive. So this year we decided to half the figure. So far we know that the investment related discussions are ongoing. However, none of those are concluded,’ the expert said. 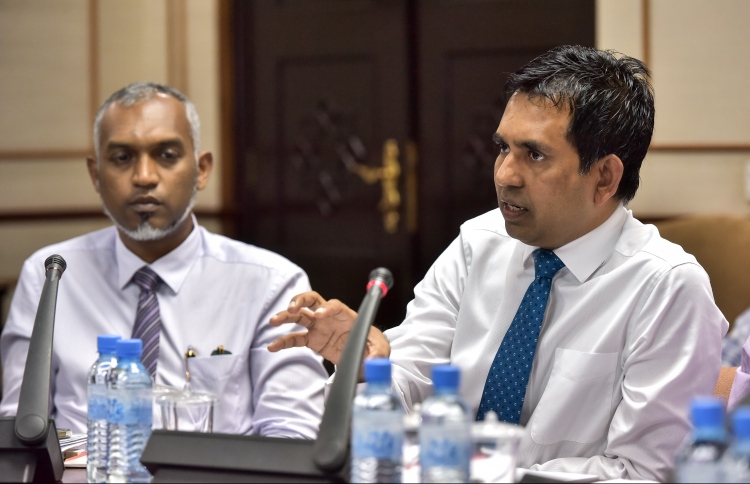 Minister of Economic Development Mohamed Saeed said a majority of the estimate of SEZ will be received before the end of this year.

‘A major proportion of the estimated income from SEZ will be realized before the end of this year,’ Minister Saeed said.

Even though, Minister Saeed has said that we still don’t know the details of it. Finance Minister Munawar said he hopes to reveal this month all the details of the budget of this year.

When the items proposed to increase the budget income does not materialize, it causes the budget deficit to increase. When the public debt is increasing, if the public expenditure is not reduced, it adversely impacts the economy.

It is possible that even next year, items that won’t materialize will also be included again.