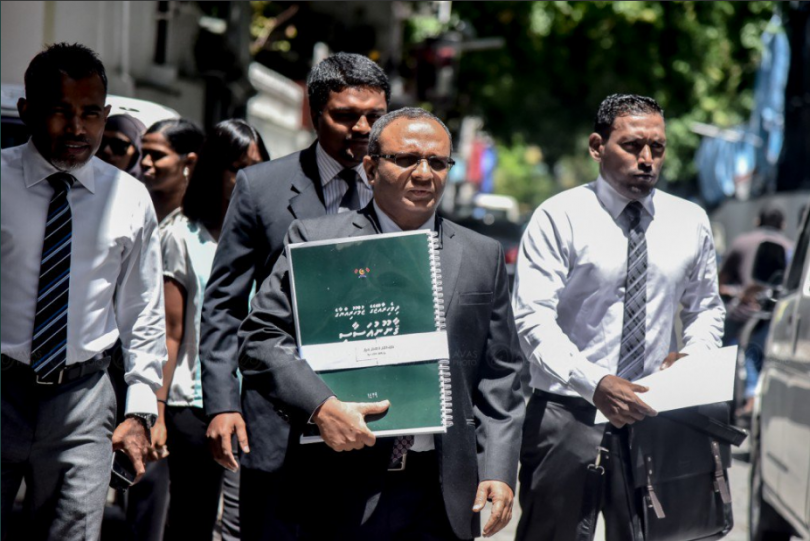 A team of lawyers on Sunday presented Attorney General Mohamed Anil with a “great big” copy of the Maldivian Constitution.

The literally and physically “great big” Constitution, which is printed in colour, was presented in a satirical gesture to the Attorney General’s Office by prominent lawyer and former Attorney General Husnu Al-Suood.

He also presented a petition signed by many lawyers from different firms who have been advocating against the unconstitutional acts carried out by the government.

Accord to Suood, the extraordinarily large Constitution was presented to Anil because “he kept missing many important clauses” in the Constitution.

“There are no clauses missing in this Constitution – we made sure of that. We’ve come to note that some lawyers miss certain clauses in the Constitution – so with a big Constitution, we are hopeful that they won’t miss these clauses out,” Suood said dryly.

Suood added that if any other institutions need a bigger copy of the Constitution, so that they can adhere to it easily, he would be happy to present them with one, free of charge.

Late in August, a petition signed by 50 lawyers, expressing concerns about the Maldivian judiciary was filed at the Supreme Court. However, the court had immediately thrown out the petition claiming that it does not accept such documents.