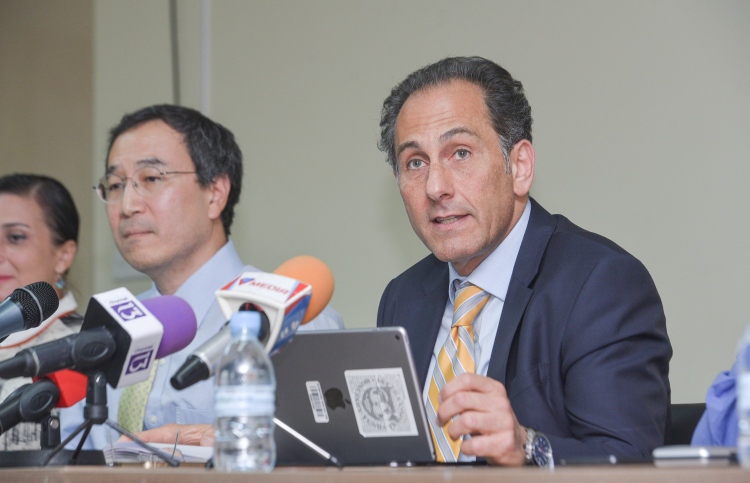 The International Monetary Fund (IMF) has raised concerns over the “volatility” of the Maldives’ economic growth.

IMF had released a report on Friday, detailing the views of its Executive Board expressed in October, based on discussions between an IMF delegation and officials of the Maldives last July. In the report, IMF stated that the nation’s economic growth has been “highly volatile, driven primarily by high-end tourism and construction”.

The report highlighted that the Maldives’ economy showed a growth of 3.9 percent in 2016 and continued to incline this year as well, which was attributed to the recovery in tourism and increase in the construction industry.

However, IMF warned that the economy currently faces large and growing imbalances. Noting that the revenue in 2016 was lower than expected, thus widening the fiscal debt, IMF pointed out that the government had not changed or lowered its expenditures regardless. It highlighted that public debt as a share of Gross Domestic Product (GDP) had risen almost by 11.5 percent from 2014 to 2016.

IMF stated that economy growth is projected to recover in 2017 and stabilize in time due to “infrastructure scale up” and “favorable short-term and long-term tourism trends”. It added that fiscal and current account deficits are also expected to gradually decrease as infrastructure expenditures decline. However, IMF stressed that the Maldives currently faces increasing public debt due to the ongoing development projects.

“The main challenge remains one of balancing a surge in infrastructure investment that has the potential of transforming the economy against the continuing risks stemming from high and increasing public debt.”