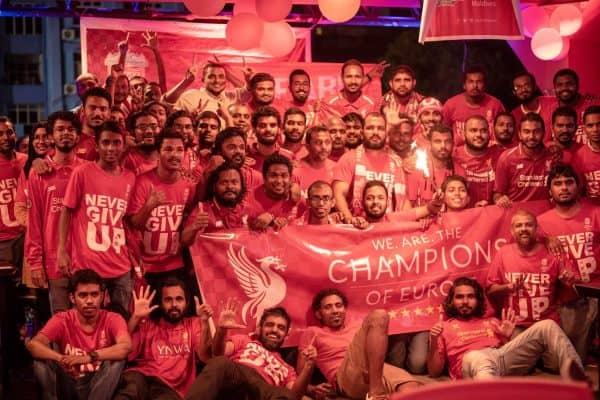 Liverpool’s global reach ensures Reds can be found at every turn and the Maldives is no different, and we got the inside scoop on the loyal set of supporters from one of their members.

The Maldives may be on the bucket list of destinations for millions, but the picturesque location made up of hundreds of islands is the home of some truly devoted Liverpool fans.

The club has held a special place in the hearts of those on the islands for over 50 years and the introduction of cable television and the success in the early 2000s saw the following grow stronger still.

While the logistics of having a fanbase spread across multiple islands presents a unique challenge, the shared love and appreciation for the Reds shine through in their activities beyond just meeting to watch Liverpool in action.

This Is Anfield spoke with Bassam Rasheed of the Official Liverpool Supporters’ Club in the Maldives (@OLSCMaldives) to hear all about their passionate fanbase and their love for the Reds.

How was the supporter’s club in the Maldives formed?

“Although the Maldives has a population of just around 400,000 our passion for football is next to none.

“Unlike our neighbours, who are more interested in cricket and other sports, football and especially the Premier League is a big part of normal day to day life here.

“The Maldives, being a football crazy nation, has always had Liverpool fans. It was a popular choice among fans who travelled for studies during the 1960s-80s.

“It was the case of our eldest fan, former President Maumoon Abdul Gayoom, who started supporting during the 70s when he was in Egypt and South Africa.

“Although Premier League matches weren’t shown regularly on national TV, some special matches such as the FA cup final were shown, and some highlights were shown during the sports news.

“Michael Owen’s performance during the World Cup in 1998 was one of the biggest reason fans gave while telling the story of how they started supporting the club.

“The fanbase grew with the introduction of cable TV in the early 2000s, the timing coincided with the 2001 treble and the exciting career of Steven Gerrard.

“The idea then grew from individual efforts to move towards getting a Liverpool fanbase together from early 2014, with social media key in widening our reach.”

What is special and unique about Maldives Reds? 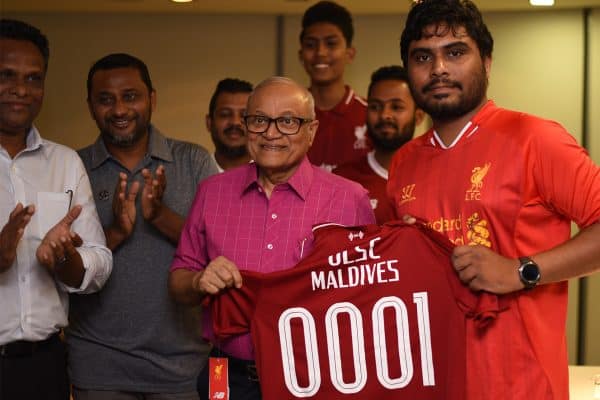 “Our fans are passionate and any cafe you go to that has a TV will be full-on matchdays (we don’t have bars due to a no-alcohol policy on local islands).

“Typically, a few of us gather in our local cafe in either the capital or in the village islands when Liverpool play.

“But for special days, it means it is a bigger event and especially on the island it is more of a family occasion.”

What have been some of the standout moments you’ve shared together? 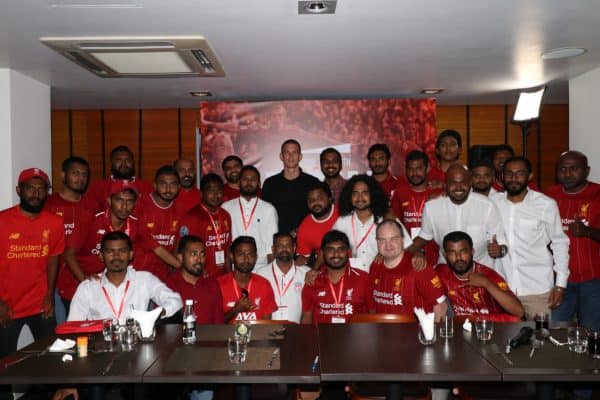 “Having Daniel Agger over meant a lot, obviously. We were the first fan club to have an event inviting a club legend for a meet and greet with fans.

“Another is when we changed our culture. Our local match viewing usually meant going to the cafe with a few friends in normal clothes, as being from a small community some fans were reluctant to show up in jersey for harassment and banter from rivals should we lose.

“But we started a new tradition of watching matches together in decorated areas with pre-planned events, wearing red or our jerseys.

“And another special moment was one of the first big matches we shared together, which was the Champions League final we lost to Real Madrid.

“Despite losing our fans created a great atmosphere and we were even applauded by our rival fans at the end of the event!”

Community work is also close to your hearts… 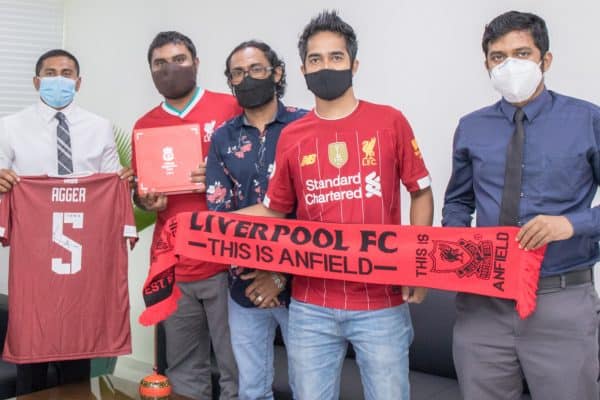 “Yes, as with the spirit of our group, we always try to involve charity or community work in all our events.

“Whether that’s linking up with other clubs during events to use registration fees to donate to charity or raising awareness of campaigns close to our hearts.

“As we are registered as an NGO we are active in community events, such as campaigning, and we have helped raise awareness of second-hand smoking and are continually looking to strengthen and reform NGO policies.

“We have also recently met with our Minister of Youth, Sports and Community Empowerment to highlight key issues and also to discuss areas where we can collaborate to benefit the community.”

And what does the club’s anthem ‘YNWA’ mean to your supporters’ club? 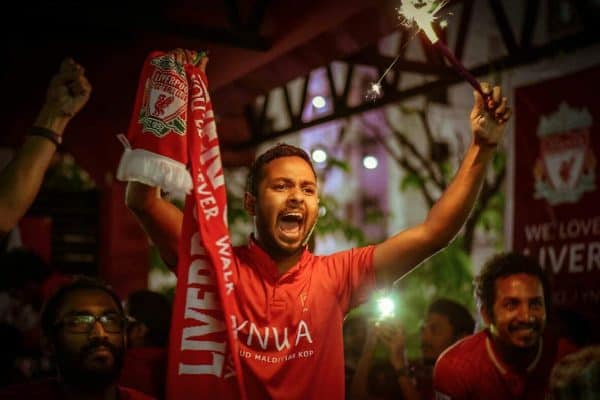 “As our fanbase is for the whole of the Maldives, being dispersed geographically to very small isolated islands where sometimes fans are hard to find, having a supporter’s club adds great value to the anthem ‘You’ll Never Walk Alone.’

“It symbolises a network of support, where fans can rely on other fans through social networks or even whenever you are on a trip for business or on holiday.”