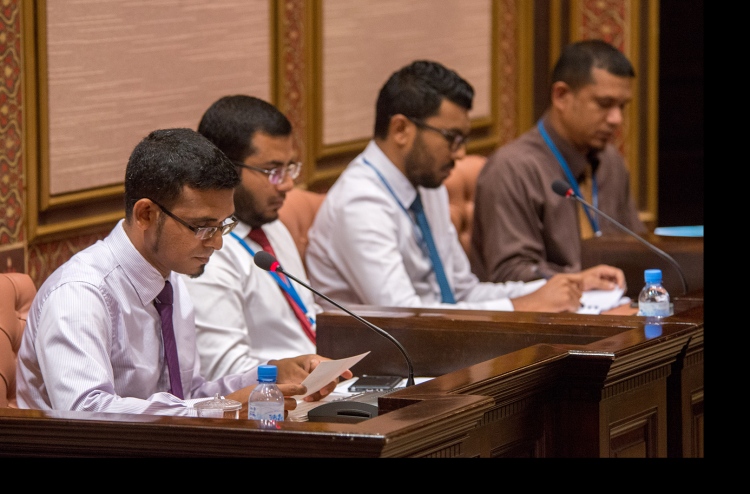 Mihaaru has found out that the government had submitted only the total amount proposed for the State Budget 2018 to the parliament two weeks ago, without providing any details.

According to Mihaaru’s sources, the finance ministry had submitted the total amount of the proposed budget in a letter to the parliament. The ministry is yet to submit the budget book, which details all the estimated expenditures and revenue for the next year, marking the first time the proposed budget was put forward to the parliament without the book.

The government appears to have taken this action to go on record as officially having submitted the budget prior to the deadline in accordance with the law.

Mihaaru was unable to find out the total budget proposed for next year.

An official of the finance ministry on Monday stated that as a rule, the budget is submitted to the parliament along with all the details. However, the official did not reveal whether the ministry had submitted the budget book along with the letter.

Mihaaru has confirmed that the parliamentary debate on the state budget is being postponed due to the finance ministry’s delay in submitting the budget book. As a rule, the parliament administration prepares copies of the budget book for all the lawmakers prior to the debate. However, Mihaaru understands that the administration has not been able to prepare copies yet.

The parliament had scheduled a debate for the state budget last Thursday. The sitting was pushed back to this week as the administration had not received the budget details still, following which the parliament has not announced a new date for the debate.

Under the Maldivian Constitution, the state budget on the estimated government expenditures and state revenues for the following year must be submitted to the parliament by the end of October.

The parliament had approved a state budget of MVR 26.8 billion for this year. The amount was raised to MVR 27.3 billion with the supplementary budget that was later issued by the government.