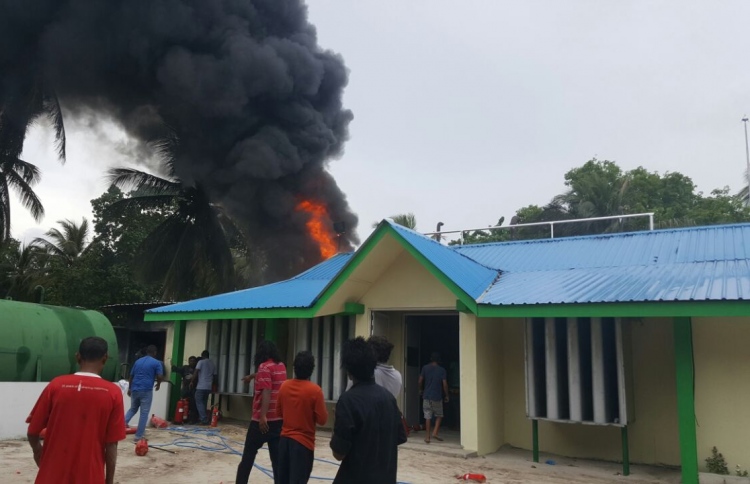 The fire that broke out at Ukulhas powerhouse on November 7, 2017.

A fire broke out at the powerhouse in Ukulhas island in Alif Alif atoll on Tuesday morning.

The police said that they were informed of the incident at around 11 a.m., and that no one was injured in the fire.

According to the island’s council president Shaukath Ibrahim, most of the damage from the fire was caused to the main generator. The other two generators were not damaged much, he added.

“The engineers said we’d be able to use the main generator after some repairs. There was one generator that did not catch fire at all,” Shaukath elaborated.

“The fire broke out from the area where we store oil. Lots of cables and panel boards were completely destroyed. Pretty much half of the powerhouse had caught fire.”

A resident of the island said that the fire was completely put out an hour or so after it had started, and that a lot of the island’s community had gotten together to control the damage.

The island is currently without power, and Shaukath said that it is not likely that they will regain power by night.