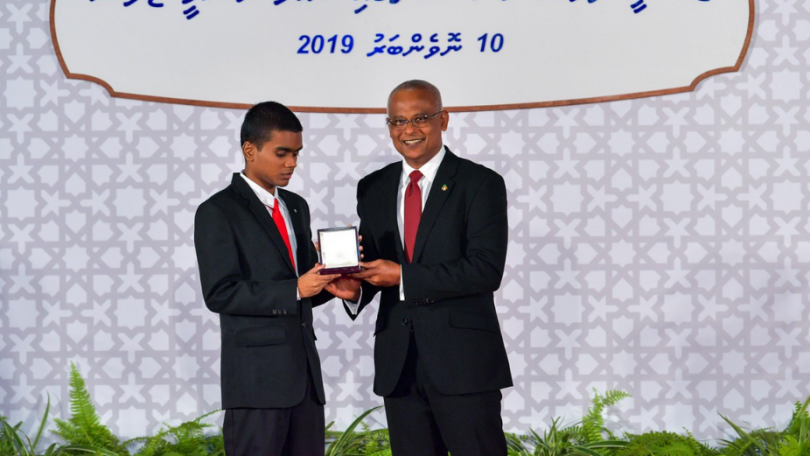 The President’s Award for Special Achievement is awarded to Maldivians whose exceptional skills and performance are a source of national pride, and to those who have made substantial contributions to national progress. The award is being conferred in four categories this year.

A new category introduced this year was for creative and innovative efforts recognised to have had a positive effect on national progress. This award is exclusive to young people aged between 18 to 35.