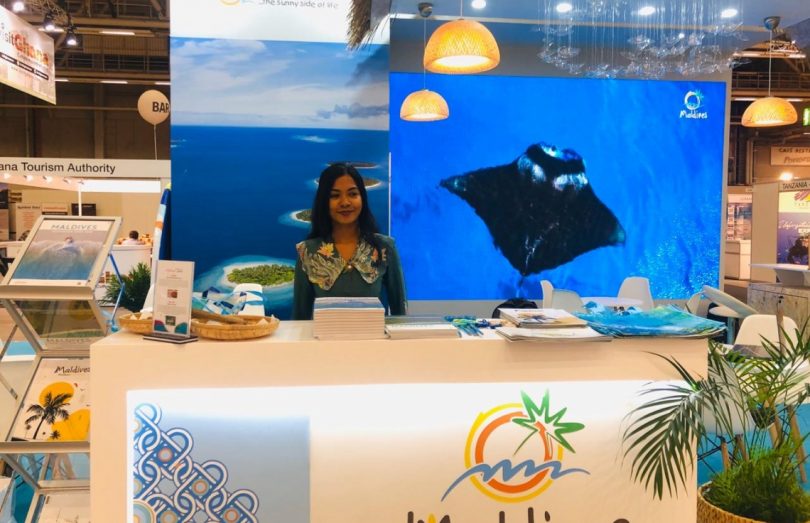 Maldives Marketing and Public Relations Corporation (MMPRC), on Monday, commenced activities to increase arrivals from the Indian market and regain its destination presence.

To facilitate this, MMPRC stated that the company launched two notable campaigns and participated in SATTE GenX virtual exhibition.

According to MMRCP, the first campaign involves India’s number one wedding network, Wedding Sutra, which is home to one of the largest wedding audiences in India.

In addition to reaching a large audience through the Wedding Sutra’s social media presence, MMPRC notes that the six-month-long campaign will further heighten significant awareness among the growing market of Wedding and Honeymoon segments in India.

“The aim of this campaign is to market Maldives as one of the most preferred destinations for Indian tourists to travel to post COVID-19, especially for newly married couples and honeymooners. In this regard, the campaign will showcase special aspects of the destination, as well as available benefits in these segments”.

MMPRC stated that the second campaign is a nationwide radio campaign in India, where the Maldives will be promoted in Delhi, Mumbai, Bangalore, Kolkata, Chennai, Ahmedabad, Thiruvananthapuram and Cochin via multi leading radio channels in each city.

This radio campaign will run from October 5 to 16, with the aim of “capturing the Indian audience and promoting the sunny side of life by fostering strong connections with consumers in each city”.

MMPRC revealed that the company has provided opportunities for three selected properties to be promoted during the campaign, which will highlight the available experiences in these properties, as well as throughout the Maldives.

The corporation also took part in the South Asian Travel and Tourism Exchange, SATTE GenX, which is South Asia’s First Virtual Exhibition on the travel and tourism industry.

SATTE GenX “provides an opportunity to interact and connect with potential buyers from India as a wide range of exhibitors from the Indian tourism industry are taking part”, as per the marketing company.

The Air Bubble initiative which commenced on August 25 enabled a regular path with weekly flights between India and Maldives, which, MMPRC noted, will aid in the “much-anticipated increase in tourist arrivals from the Indian market”.

Based on the arrival figures of 2019, India is ranked in the 2nd position of the highest performing markets to the Maldives.

“India is a key focus market in the recovery of tourism in the Maldives and the target is to achieve pre-pandemic growth levels”.

MMPRC further highlighted that several marketing activities are being conducted in various key markets such as a global campaign with CNN, integrated webinar sessions in China, campaign with FVW in German-speaking markets and a campaign with Travel weekly targeting the UK market.

“MMPRC believes that this target can only be achieved through similar activities which showcase the Maldives as a safe haven with stringent health and safety measures”.