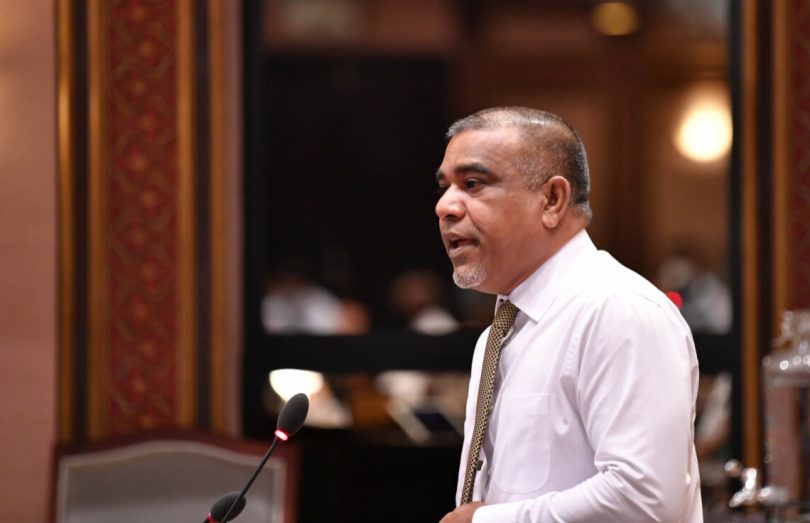 However, the parliament’s presidency decided to choose one motion at random by drawing lots, and forward the proposal to the floor for discussion.

Maldivian Democratic Party (MDP)’s MP Haleem’s submission was chosen by drawing lots and approved for debate with a majority vote of 35 members who were present at the session.

The aforementioned proposal calls for authorities to investigate how such a large number of undocumented expats entered the Maldives, and take immediate measures to solve the issue of undocumented migrant workers.

Prior to beginning the debate, Speaker of Parliament Mohamed Nasheed reminded all MPs to be respectful while speaking of migrants and asserted that Maldivians do not racially discriminate anyone.

Debating on the motion, MP Haleem stated that the issue of undocumented expats went out of control during former President Abdulla Yameen Abdul Gayoom’s administration.

He also noted that an America organisation that advocates for human rights decided to list the Maldives on the list of countries that practise human trafficking but did not follow through due to the close diplomatic relations with the incumbent administration.

“If we are mentioned in that report, it will be as if sanctions are pressed against us. We will lose a lot of privileges. Ending up on such reports will cost us a lot of the advantages we have right now”, Haleem said.

Noting that many immigrants have lost their income and been pushed to a hopeless point, Haleem added that some are surviving by eating the garbage taken out from certain shops in the capital.

“I believe this is the negligence of the former heads at Maldives Immigration. I call for the state to investigate this matter in a strict and serious manner”, Haleem said.

Noting that vulnerable expats can be easily manipulated, Haleem stated that the opposition and other political rivals are using it to their advantage.

“The people who brought them here and ruined them are again brainwashing them to destroy the peace and harmony in the Maldives”, Haleem claimed, adding that attacking the armed and security forces is a very serious issue.

The MP also thanked President Ibrahim Mohamed Solih for the repatriation efforts carried out amidst the ongoing pandemic to send undocumented workers back to their home countries.

MP Haleem’s emergency motion was submitted at a time where expat-led demonstrations are taking place, amidst renewed concerns from rights groups as well as the general public, over the continued exploitation of expatriate workers in the Maldives.

Violations reported include that of including human trafficking, withholding of wages, poor living conditions, and other human rights violations. Further, the aforementioned low quality of life has cemented the disproportionate effect had by Maldives’ ongoing COVID-19 outbreak on its vast migrant population.