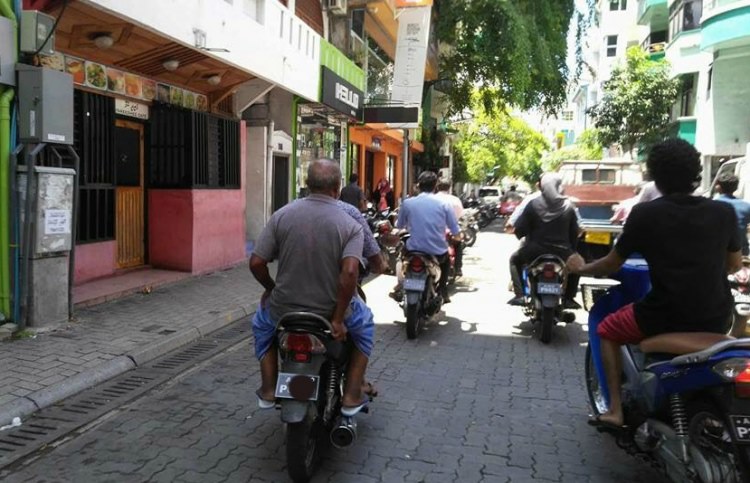 The elderly man who has been accused of sexually assaulting four sisters on the back of a motorbike in the capital Male. Reportedly he fled from his island when the allegations surfaced and moved to Male —

The elderly man who was arrested on Thursday after being accused of sexually assaulting four sisters in the southern Gaafu Dhaalu Atoll was moved to house arrest on Saturday.

According to the police, the 75-year-old man was taken to the Criminal Court to be remanded; however, the court had given the man 15 days of house arrest instead.

Mihaaru is aware that the man was moved to house arrest instead of a prison due to his old age.

An expat who was taking care of the elderly man was also arrested on Thursday, in relation to the same charges. It is not known whether he was remanded as well.

The authorities had even withheld the elderly man’s passport early in October and imposed a travel ban on him just days before he was about to depart to India for medical treatment.

The elderly man was a prominent figure in his island. He came to the capital Male after the allegations surfaced and the police, along with the gender ministry, began probing the incident.

Reportedly, the eldest sister had fled the island and moved to the capital when she got the chance. After she moved, the three younger siblings became his target, they alleged. They also said that the abuse had been going for over 12 years, and claimed that there may have been other victims too.

The man had apparently refurbished his victim’s homes and provided them with food and clothes from a shop that he owned.