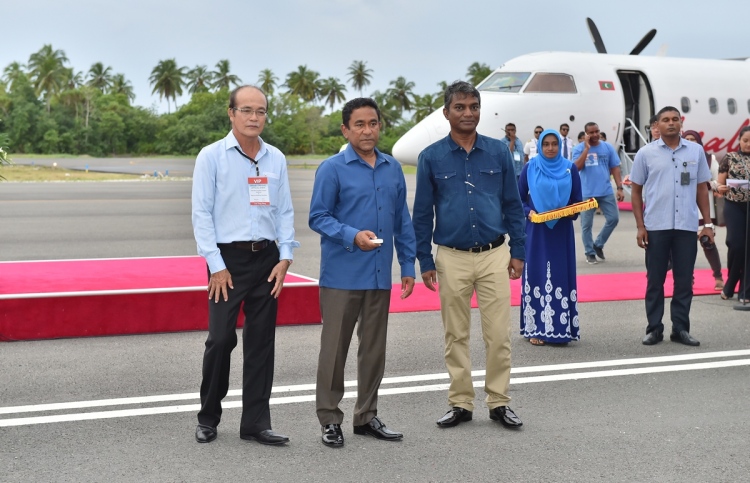 The development of airports in three islands will commence this year, announced President Abdulla Yameen on Monday.

Speaking at the reopening ceremony of the domestic Kooddoo Airport in Gaafu Ali atoll, which has been upgraded to accommodate large aircraft of up to 42 tonnes, the president proclaimed that airport development projects will begin in the islands of Kulhudhuffushi in Haa Dhaal atoll, Farukolhufunadhoo in Shaviyani Atoll, and Maafaru in Noonu Atoll.

The projects are to funded from the state budget and foreign aid, said President Yameen, who went on to stress the benefits the airports would bring to the economy and tourism sectors of the atolls.

Further, President Yameen described his government as “investor friendly”, noting that several foreign backers, including countries such as Singapore, are investing in the Maldives.