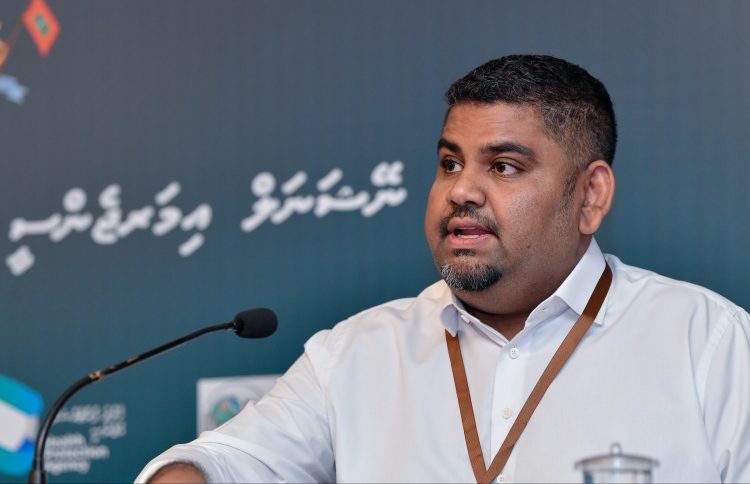 President’s Office’s Communications Undersecretary Mabrouq Abdul Azeez, on Sunday, revealed that information collected from www.jobcenter.mv would be utilised to formulate policies for individuals that lose jobs amid the economic downturn brought on by the ongoing COVID-19 pandemic.

Speaking at the press conference held at Dharubaaruge convention centre, Mabrook, who is the state’s focal point for COVID-19, also assured that the government would penalize those proven to have violated employment law, following the review of complaints submitted to the portal.

However, while responding to the question posed by The Edition as to what special welfare measures the country would have in place to aid vulnerable people facing employment setbacks, the spokesperson suggested that state-provided services such as the national health insurance scheme ‘Asandha’, National Social Protection Agency, as well as the government’s move to subsidize electricity and water, and the MVR 2.5 billion stimulus package for businesses intended to protect jobs were sufficient for now.

Although he further urged people in such situations to lodge complaints at the portal, neither Mabrouq nor the government has yet confirmed a time frame within which such issues would be addressed or acted on.

Recently, the Ministry of Economic Development urged individuals to report employers terminating or deducting salaries via the reporting module on their online platform www.jobcenter.mv.

Top Lawyers in the country have urged all employees facing redundancy to take note of the circumstances and reasoning under which they are terminated. Additionally, they advised employees, both local and expatriate, not to hesitate in approaching the Employment Tribunal should they feel like they have been wronged, particularly in the case of redundancy, where certain conditions must be met and procedures are undertaken.

The tourism industry, accounting for over 70 per cent of the GDP, came to a halt after the government stopped issuing on-arrival visas on March 27. As a result, it is estimated that the country will face a shortfall of approximately USD 450 million (MVR 6.9 billion) in foreign currency

In a bid to counteract the financial impact on the local economy, the government introduced a fiscal stimulus package of MVR 2.5 billion intended to prevent the closure of local businesses and job losses.

The Maldives now has 17 confirmed and six active cases of COVID-19, with a total of 11 recoveries. While there are two confirmed cases of Maldivians, no local to local transmissions are recorded.

The World Health Organization has classified the spread of COVID-19 as a global pandemic. The novel coronavirus has infected over 677, 000 people and claimed over 31,700 lives around the world. However, out of those infected, more than 146, 300 people have recovered.