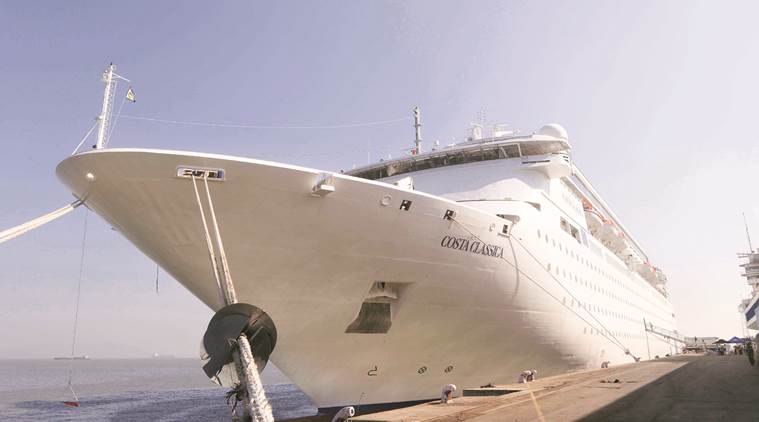 In a bid to woo Indian passengers to its cruises from Mumbai to Maldives, the Costa neoClassica has added Jain food to its buffet. The neoClassica, which arrived in Mumbai on Friday from Italy, will depart on a seven-day cruise to Male, Maldives on Sunday, with stops along the way in Mangalore and Kochi.

mum Between December 2016 and February 2017, the ship had operated on the eight days, seven nights Mumbai to Maldives route. Beginning this year, however, the firm also included an option for passengers to avail the shorter, four-night cruise to Kochi, fares for which begin at Rs 29,800 per person. The ship will return to Mumbai via Colombo, Sri Lanka. Costa Cruises has priced the 7-night cruise beginning at Rs 45,000.

The vessel will operate out of Mumbai port between November this year and March 2018, returning to its homeport every fortnight. Nalini Gupta, Managing Director, Lotus Destinations, said there has been a rise of nearly 25 percent in bookings from domestic passengers this season. “We are estimating between 8,000 and 9,000 Indian passengers this season,” she said.

“Last year, we had announced the cruises in July but did not get bookings from corporates until the last minute. This year, they have returned and made very early bookings,” she said. The firm has made several customisations on-board keeping Indian passengers in mind. “Indian passengers speak through their stomach. They will accept everything but not bad food. That’s why we have gone with Jain food, ensured they will be served soft drinks they are familiar with and have Indian crew. We want to make them feel at home on an international cruise liner,” she said.

The decision to add Jain food to the cruise menu came after several requests were made by passengers last year. “Back then, we served Jain food if there were any specific individual requests,” she said. Domestic passengers will begin boarding the vessel from Saturday.