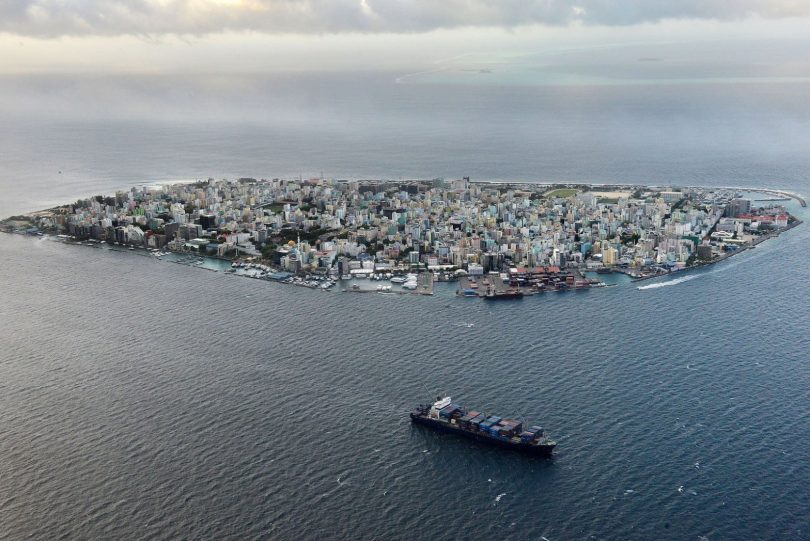 MALE – As tourism in the Maldives plummets with the travel-restricting Covid-19 pandemic, forcing many in the globally-oriented industry into unemployment, the idyllic island nation could soon become more vulnerable than ever to extremist groups like the Islamic State.

That rising risk was apparent on February 4, when three foreigners were stabbed on the outskirts of Male, the island nation’s capital. Muslim militants later took responsibility for the attacks, the first seen in years. Rising economic desperation, some suggest, could cause more.

If upshots from a previous seismic crisis – namely the one caused by the calamitous 2004 Indian Ocean earthquake and tsunami – remain relevant, Maldives could see a Covid-19 driven uptick in Islamic radicalism.

After the 2004 natural disaster, Maldives saw a massive and opportunistic influx of funds from Saudi Arabia, much of which went to pay extremist Wahhabi imams and build new mosques on even the most remote atolls in the wide-reaching Indian Ocean archipelago.

The radicalization that followed drove an estimated 200 young men to Syria and Iraq to fight alongside ISIS. “Most of them had a background in the Maldivian military,” former president Mohamed Nasheed said according to a 2014 article in The Independent newspaper.

It was not lost on analysts and observers of the region that the Maldives, with a population of a mere 400,000 inhabitants, sent more fighters to the Middle East than nearby India, a country with more than 1.3 billion people, a 14% minority of whom are Muslim.

Ahmed Naseem, minister at the Maldives President’s Office, told Asia Times in a recent interview in Male that the young fighters’ whereabouts are currently unknown.

“Some of them might have managed to sneak back into the country, while others may still be there,” he said, referring to Iraq and Syria.

According to other Maldivian government sources, at least four of them are known to have been killed in action in Syria, although such figures are difficult to verify independently.

The country has the potential to become a hotbed of radical Muslim extremism. Maldives is a 100% Sunni Muslim country, and, according to Article 9D of the country’s 2008 constitution, “a non-Muslim may not become a citizen of the Maldives.”

The charter’s Article 10, meanwhile, states that “Islam shall be basis of all the laws” and “no law contrary to any tenet of Islam shall be enacted.”

As such, Maldives mixes elements of Islamic sharia law and English common law, the latter of which was introduced when the islands were a lightly administered British protectorate from 1887 to 1965.

In reality, Maldivian leaders were left to run their own affairs while the British administrator resided in nearby Ceylon, now known as Sri Lanka. Britain did little more than pledge to defend the island nation if any other colonial power attempted to attack or seize it.

After independence was achieved in 1965, efforts were made to improve education and, somewhat ironically, make greater use of the English language. Then, there were few, if any, signs of Islamic fundamentalism and most Maldivians today would describe themselves as “moderate Muslims.”

But radical tensions are bubbling under the surface. The first extremist shock came in September 2007, when a homemade bomb was detonated in a park near Male’s Islamic Center, injuring two British, two Japanese and eight Chinese tourists.

Two of the 12 detained suspects were Bangladeshis who had been radicalized by so-called “charities” connected to Lashkar-e-Toiba, a Pakistani outfit that used tsunami relief missions in the Maldives as cover to recruit potential jihadists, intelligence sources say.

Those “charities” are also known to be responsible for recruiting and sending Maldivian recruits to join the Islamic State’s fight in the Middle East, the same sources say.

Then, in February 2012, almost all the pre-Islamic artifacts at the Maldives’ National Museum, dating back to the period before the 12th century when the islands were predominantly Buddhist, were destroyed in an attack by local Islamic extremists.

Among the destroyed priceless items was a six-faced coral statue of religious significance, a 46-centimeter high bust of the Buddha, and other limestone and coral statues.

At the time, Maldivian officials said the radicals destroyed the figures because they considered them to be “idols” and therefore illegal under Islamic and national laws.

Ali Waheed, the museum’s director, was quoted in a New York Times article at the time as saying that “the collection was totally, totally smashed. The whole pre-Islamic history is gone.”

In 2013, the US State Department’s annual terrorism report concluded: “Since 2010, concerns about the activities of a small number of local violent extremists involved with transnational terrorist groups have been mounting.”

The report speculated that young Maldivians, including those within the penal system, could be at risk of becoming radicalized and joining violent Islamist extremist groups. “Links have been made between Maldivians and violent extremists throughout the world,” the report said.

The two Bangladeshis in the 2007 bombing highlighted another problem that has grown over the years.

Due to local Islamic constraints and customs, few Maldivians work in the country’s many high-end resorts, nearly all of which are located on tiny islands without any local indigenous populations.

They tend to be managed by Westerners and staffed mainly by tens of thousands of poorly paid Bangladeshis.

Minister Ahmed Naseem estimates that the number of Bangladeshis working legally and illegally in Maldives at 86,000, a vast number of migrants proportionately considering the nation’s population is only 400,000.

“We are trying to register them, but so far only 24,000 have been tracked down and registered.”

What will happen to those Bangladeshis who become unemployed with the tourism sector’s collapse is unclear, but officials fear they could become recruits for radicalization, together with groups of young Maldivian Muslims.

If the current Covid-19 crisis deepens, new social problems will inevitably follow, particularly in the capital Male, one of the most densely populated urban centers in the world.

After the first wave of radicalization, the US State Department noted that the Ministry of Islamic Affairs had “conducted more than a dozen seminars and workshops on preventing violent extremism for religious leaders, educators, and local government officials.”

That, however, seems to have had little impact so far. In May 2019, the State Department issued a telling warning in a travel advisory for Maldives: “Exercise increased caution in Maldives due to terrorism.

As ex-president Nasheed pointed out, radicalization is not confined to disgruntled youths: “Radical Islam is getting very, very strong in Maldives. Their strength in the military and in the police is very significant. They have people in strategic positions within both.”

On March 28, Maldives reported its first local Covid-19 case, raising the total number to 16 with the others being foreign tourists and raising the risk of more local transmission.

As elsewhere, the island country is now in an economy-strangling lockdown, one that will contribute to the desperation and frustration of many young Maldivians and unemployed migrants.

As they inevitably seek comfort and refuge in religious beliefs, fears are rising they will be easy prey to hardline imams and extremist groups looking for new young recruits to their radical causes.