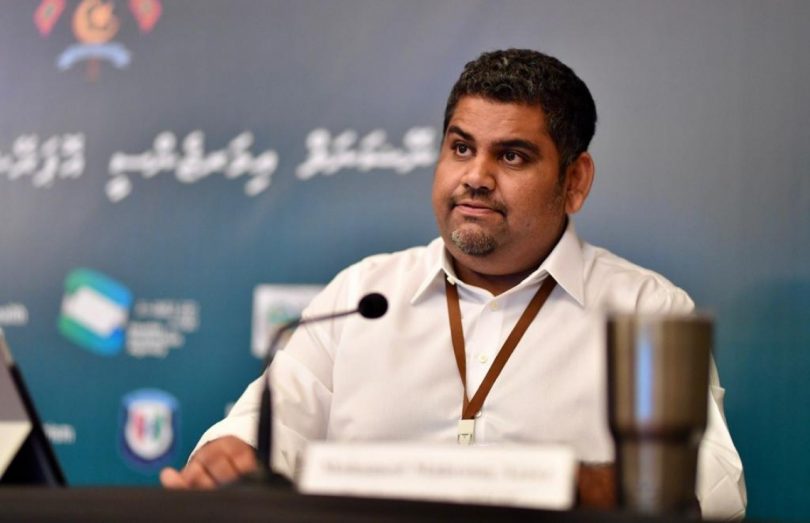 As of 1800hrs on Thursday, authorities confirmed that an additional 17 individuals tested positive for COVID-19 in the Maldives, while 82 patients made full recoveries.

According to the Health Protection Agency (HPA), the new cases include seven locals, six Bangladesh nationals, three Indians and one Nepali citizen.

Speaking at the daily press briefing held by the National Emergency Operations Centre (NEOC), President’s Office’s Communications Undersecretary Mabrouq Abdul Azeez noted that seven of the eleven expatriates found positive for the virus were connected to clusters, while three are independent cases.

Confirmed an additional 17 cases of COVID-19 infections in Maldives

Mabrouq also confirmed that two of the seven locals who tested positive are linked to pre-existing clusters while contact tracing is underway for the remaining five individuals.

He further disclosed that one of the locals is a 54-year-old male with underlying health conditions that could lead to complications during treatment.

Moreover, Mabrouq revealed that a Maldivian under home quarantine in Maamendhoo, Gaafu Alif Atoll, is amongst the newly positive cases.

According to Mabrouq, the local who tested positive while under home quarantine in Maamendhoo had travelled to capital Male’ on May 31 for medical purposes as a caretaker and stayed at a guesthouse with two other family members.

The individual was tested for COVID-19 but the results came back negative on June 6.

The patient reported with symptoms on June 14 and sample collection took place on the same day, Mabrouq said.

Authorities assured that contact tracing was underway with regards to the case, but Mabrouq speculated that the number of contacts would be limited as the patient was under quarantine upon arriving on the island.

He stated that HPA will decide on whether the residence or island will be placed under monitoring, depending on the findings of the contact tracing process.

According to Mabrouq, over 1,000 samples were collected within the last 24hrs for testing, while 191 individuals were released from quarantine facilities after receiving negative results.

He revealed that eight patients are hospitalised at Hulhumale’ Medical Facility, while four are receiving treatment at Treetop Hospital, of which one patient is admitted in the Intensive Care Unit (ICU).

Mabrouq also announced that Fun Island Resort was no longer being utilised as a quarantine facility, and therefore, the quarantine capacity of the country has now been reduced to 2,531 rooms.

With these developments, Maldives presently records a total of 2,137 confirmed cases, out of which 368 are active cases of COVID-19. The country records 1,759 recoveries and eight fatalities so far.

However, the number of recoveries have continued to rise, with over 79 per cent of patients now recovered.

WHO has classified the spread of COVID-19 as a global pandemic. The new strain of novel coronavirus has infected over 8.5 million people and claimed over 453,000 lives around the world. However, out of those infected, 4.4 million people have recovered.