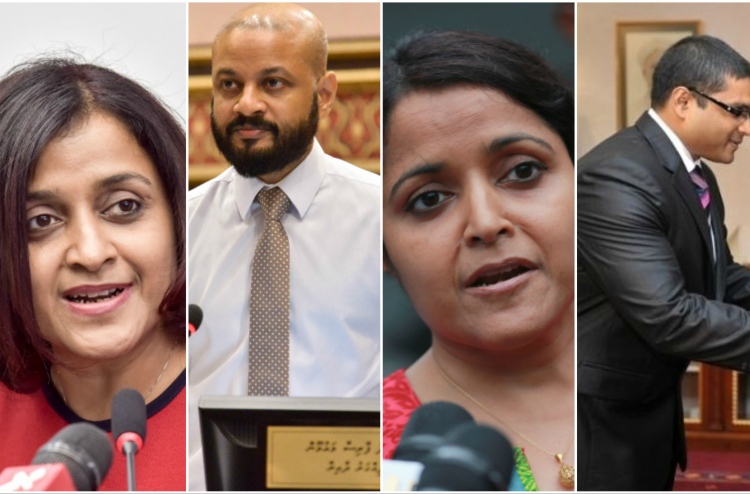 The Civil Court has ruled against the children of former president Maumoon Abdul Gayoom in a lawsuit filed by Rasheed Carpentry & Construction (RCC), a private company of which the family of jailed former defence minister Mohamed Nazim are stakeholders.

The court ruled that Dhunya, Yumna, Faris and Ghassan Maumoon were liable to pay MVR 2.1 million after a lawsuit was filed by RCC seeking delayed payments due for a project awarded to the company for the development of a building in the capital Male City.

The verdict states that it is sufficiently evident that the four Gayoom siblings are liable for the debt and that the debt must be payed within thirty days of the ruling.

The Gayoom siblings denied the claim in court, declaring that they suffered more than MVR 2 million in damages due to the low quality of construction and, hence, they did not owe RCC any payment. They also claimed that the seven-storey building was not constructed in accordance with the agreement between both parties.

Mihaaru understands that it has been four years since the building was completed.