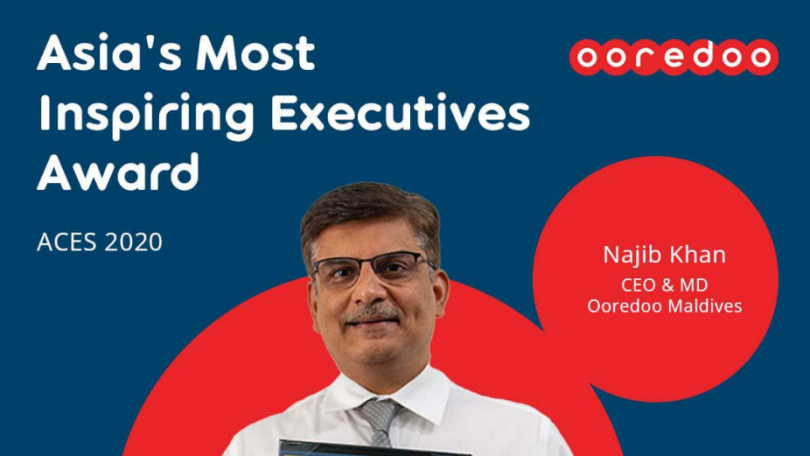 Najib Khan has been the CEO of Ooredoo Maldives since April 2017 and is a non-independent Executive Director. He is also the Managing Director of the company effective from 3rd March 2019.

Mr Khan took over the leadership of the company’s management team during its successful IPO launch. His tenure has seen an acceleration in the digitalization of the market and Ooredoo Maldives. Under his leadership, the company has pioneered digital access for consumers through many path-breaking digital apps like Magey Plan, AI-based BOT, enrichment of Ooredoo App, and Business Apps for Digitalization of resorts.

Ooredoo Maldives, formerly known as Wataniya Telecom Maldives, is a member of Ooredoo Group. Launched on the 1st of August 2005, within less than a decade the company revolutionized the telecommunication industry of Maldives by introducing the leading-edge technologies and telecommunication solutions to its valued customers.