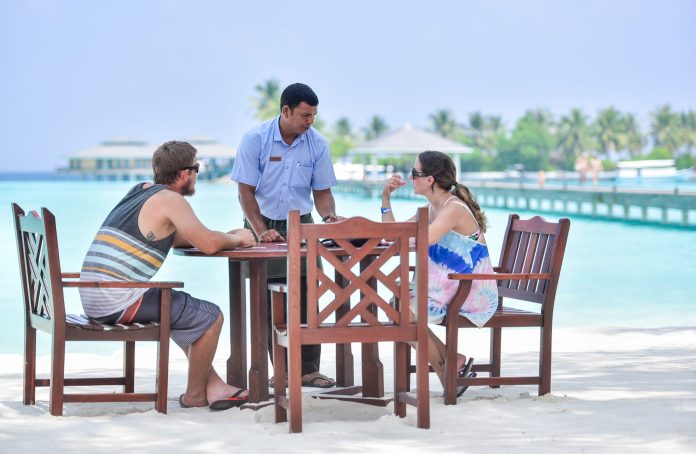 A joint committee of parliament (Economic Affairs and Social Affairs) reviewed the bill and proposed significant changes to the government draft. The committee report circulated to MPs attracted further amendments from individual parliamentarians.

The amendment bill, as revised by the joint committee was tabled in parliament on 31 August. The ensuing debate prompted more amendments being proposed by parliamentarians themselves.

Here are some key changes that may be expected in the amendment of the Employment Act.

At present, the Employment law does not make it mandatory for tourist resorts and other tourism establishments to levy a service charge.

The amending bill proposed by the government also did not make it compulsory but simply said that if an employer charges a service charge from a customer the proceeds must be distributed equally subject to certain exceptions in the section.

Effectively, service charge is being made mandatory for the tourism sector, while it remains optional for all other sectors.

If a customer is unhappy with the service rendered by an establishment, the customer is given the freedom to protest the payment of service charge and decline to pay it.

The employer is also asked to maintain records of amounts collected as service charge including those that are entitled to it, amounts to which they are entitled to, and amounts that are paid to each of the employees.

Further, every year twice, these records are to be submitted to the Labor Relations Authority and MIRA. If it is established that the service charge is not distributed as provided in the law, the business may be fined an amount not exceeding MVR 100,000.00 and any other action as may be provided in regulations made by Labor Relations Authority may be taken against the defaulting business.

The amending law introduces a major policy change that requires businesses with more than 50 staff to ensure that the person responsible for human resources / human capital be a Maldivian national. Also, programs aimed at skills and talent improvement of Maldivians are to be conducted by the Ministry.

The amendment goes on to state that 60% of the entire senior management of businesses with 50 staff and more should be reserved for Maldivians.

Who shall constitute the senior management is to be described in the regulations to be made under the law.

These two provisions are to come into effect not right away but within a period of 5 years from the date of the amendment.

Giving some form of legitimacy to actions taken by a host of businesses due to Covid-19, redundancy is also being transferred from erstwhile court judgments to legal provisions and inserted into the employment law in limited form.

The amendment recognizes three main grounds for redundancy: discontinuance of business; restructuring; and financial hardship. If faced with any of the three, a business may let go of or dissolve a position (not dismiss a person). The redundancy guidelines are to be provided in regulations to be made under the law.

Essentially, it ought to be carried out in good faith and not in a manner that could be construed as an action targeted at a specific employee or a selected individual.

The minister in charge of employment is to make regulations that should specify circumstances that could justifiably fall within those three grounds prescribed in law and provide the manner in which such redundancy may be brought about.

The concept of a severance package is also introduced. The manner in which severance pay has been introduced into the law is quite striking.

If the employee has been in service for more than a year, the notice period for redundancy would be one month for every year of service rendered. Of course, there can be pay in lieu of that notice period as well.

That means, if an employee who has served for 5 years is being made redundant, the employer may provide 5 months’ notice, or pay equivalent to 5 months’ pay and let the employee go.

If there is an employee who has served a business for around 10 years, you can only make him redundant after paying him/her a sum of money equivalent to his/her salary for 10 months.

Home for the Night

Resort employees who live on nearby islands would have no restrictions on returning to family and home islands after their work for the day. The resorts would not be able to prevent these staff from using non-resort vessels from either coming to work or returning home after work. If implemented, this too will be a major departure from current practice.

The above are some of the key changes that are either being proposed or already in the committee version of the revised bill.

It remains to be seen as to what of those amendments would sail and what would not.

The list of amendments and the final bill will be put to vote in a week’s time on Monday, 7 September 2020.

The resort industry and the tourism sector specifically, and employers and business generally, may want to examine these revisions more closely – and make an assessment on how these changes may affect your business, its relations with employees, and of course – the overall cost of conducting the business.