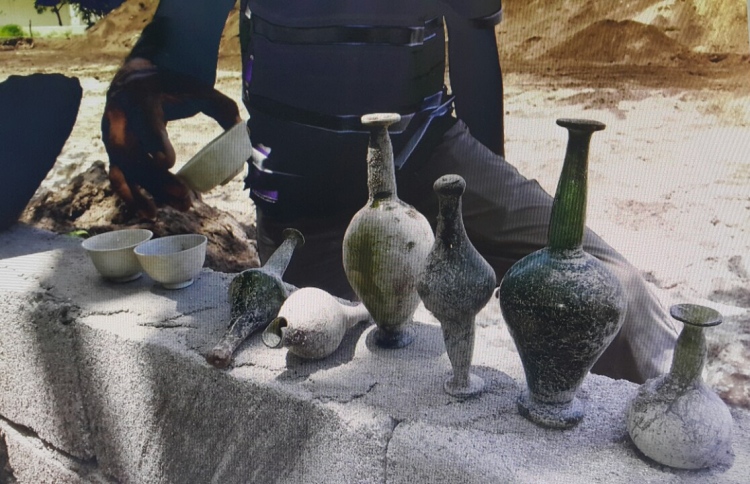 The original Dhivehi article was published on Mihaaru.com website on 28th May 2017.

The island of Utheemu Island in Haa Alifu Atoll, is historically famous for its rich history. There is plenty of unearthed evidence that points to that. The biggest heirloom is Utheemu Ganduvaru (Utheemu Palace), a monument of the nation’s greatest heroes, who captured Maldives back from the hands of the Portuguese. There are also artefacts and ancient ruins that dates back to centuries, buried underneath Utheemu Island.

Items like cowrie shells which were used by Maldivians back then as money, items used by the royal family and things people used in those days, were particulars dug up from Utheemu. Items which are now found in the homes of the island dwellers.

Utheemu District Council member, Ibrahim Rasheed said when they dug the ground to make a football stadium in 2015, relics were also discovered. Crockery used during moulood ritual and feasts were notably found.

Cowry shells, which were used as currency in olden times, uncovered in H.A. Utheemu.

‘Several objects and articles used during that era was found in a pit and cowrie shell money were also found in sacks from that pit,’ he said.

He said a lot of objects that represent the archaic human lives were found beneath the ground of the island. Such as an ancient millet grinder accessories and stone grinder. 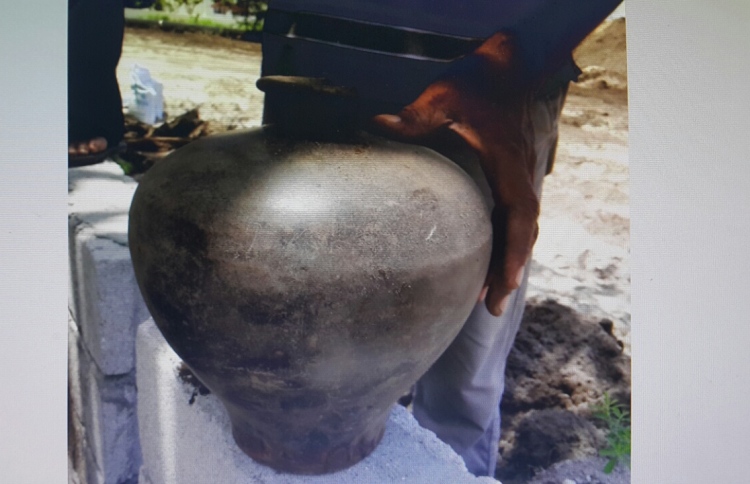 An urn discovered during an excavation in H.A. Utheemu.

‘Large urns of different sizes were found. And from the shoreline, Chinaware items were also uncovered,’ he said.

Some Utheemu islanders has even made an earning out of selling these antiques. 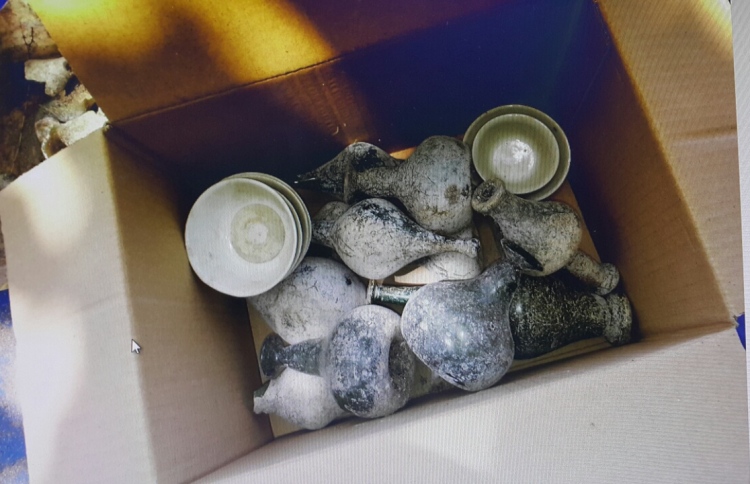 Discovered Chinaware collected and stored in a box

He said after selling those objects which were found on the beach and other parts they have even got tin material for the roof of their houses. He estimates that even though it has been years back since then, after selling those ancient objects and articles some might have even made 100,000s of Rufiyaa.

Even though, there are other islands where they have found cowrie shell money and other items, the question is, why were this amount of items specifically unearthed from this island?

Even Rasheed doesn’t know the answer to this. What is clear is that there lies an untold history beneath Utheemu Island. 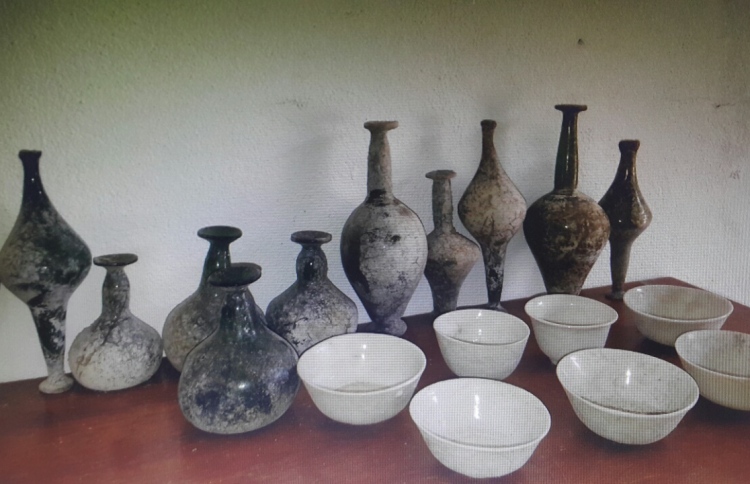 ‘Our grandfathers used to say that in olden days people used to bury treasures underground by using clouds as markers. In those days, people assumed that clouds did not move,’ he said.