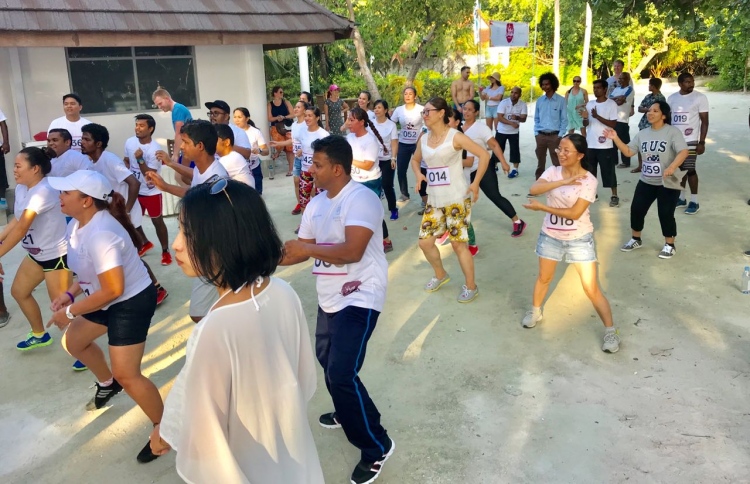 Staff and guests and Bandos Island Resort during the marathon held on December 10, 2017 at the island to mark its anniversary.

The first resort opened in the Maldives, Bandos Island Resort has held a marathon to mark its 45th anniversary.

The marathon titled “Viva la Vida” was held on Sunday evening at the resort and 120 people had taken part in it, the resort’s human resources director Ismail Shahid told Mihaaru.

“This is the third year we’re doing this,” Shahid elaborated. “Some guests had also joined our staff in this marathon and it was a huge success.”

“It started mostly as a wellness activity. But we expanded it because there was a lot of support for this from the staff and the guests.”

Special shirts that were created for the event were also sold at the resort. The revenue collected from selling the shirts are to be donated Advocating the Rights of Children (ARC), a non-profit organisation in Maldives.

“We sold the shirts for USD 20 to the staff and guests. We sold over 100 shirts,” Shahid said.

The participants ran 3.6 kilometres, which is three rounds around the island.