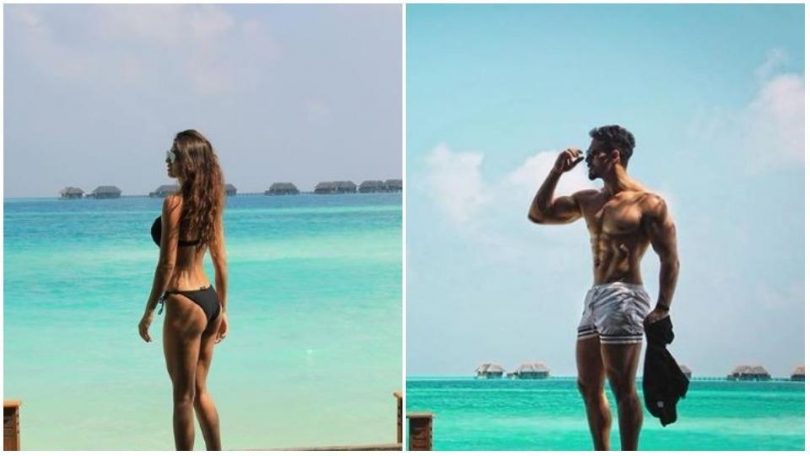 Actors Disha Patani and Tiger Shroff are both in the Maldives and are friends are wondering if it is all for a romantic getaway. The rumoured couple are often spotted at same vacation spots at the same time but have never confirmed their relationship.

Disha posted several gorgeous pictures from the sunny beaches of the tourist destination over the weekend. She can be seen in a blue, a white and a black bikini while soaking up the sun. Tiger is seen in a pair of white swimming trunks, showing off a ripped body.

There is also some speculation that the two could be shooting for their upcoming film Baaghi 2. The film is a sequel to Tiger’s 2016 film Baaghi which co-starred Shraddha Kapoor.

Check out their pictures:

The two were spotted at the airport, getting photobombed by Ranveer Singh.

Disha and Tiger have been rumoured to be dating for almost a year. The two starred together in a music video, Befikra. He will also be seen in Rambo and Student of the Year 2.