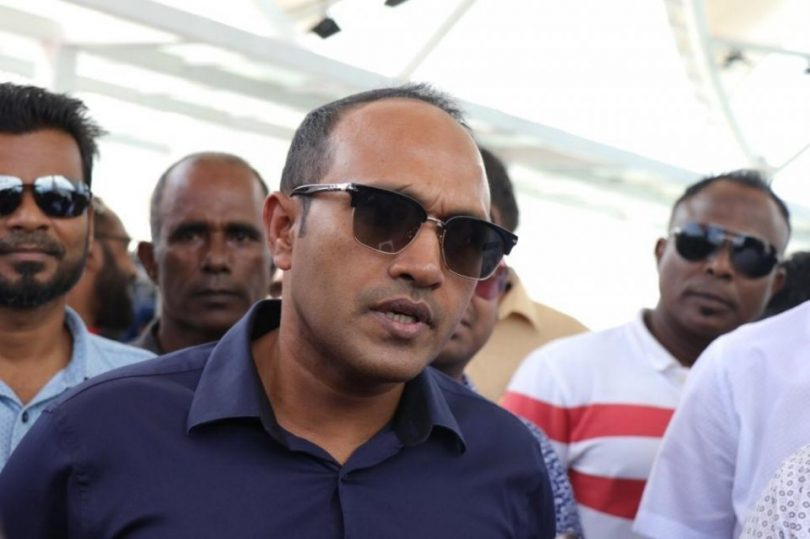 Former Vice President Dr. Mohamed Jameel says the government cannot divert the attention to the corruption related to the ventilator transactions by seeking an arbitration on the matter.

In a tweet, the ex-Vice President said that the ventilator transaction is not a valid transaction and that many crimes have been committed during the transaction.

Jameel had said that financial compensation cannot be sought from a shell company and questioned why the authorities cannot investigate the financial activities of those who sanctioned the dubious transactions.

He added that the government cannot divert the corruption with the talk of seeking arbitration for the loss incurred due to the scam.

This comes after Presidential Spokesperson Mohamed Mabrook Azeez said yesterday that the government upon the recommendation of the Attorney General is readying for arbitration in order to seek financial compensation for the undelivered ventilators by the Dubai-based company Executor General Trading.

Mabrook said that many opportunities have been given to the company to deliver the ventilators as per the contract made with the Government of the Maldives and that the company has failed time and time again.

Mabrook outlined that the next course of action is arbitration and that this could be conducted as per international trade laws.

Mabrook said that the arbitration would seek financial compensation for the undelivered ventilators and that it would be held in the Maldives.

He said that the government of the UAE could be involved in the case and that the arbitrator would be an international body.

Mabrook assured that the government would bring those who are responsible for the scam be it a foreigner or local individual.

The Maldivian government had paid a total of MVR 30.9 million had been in advance to Executor General Trading (Dubai) for the procurement of 75 ventilators and so far the company had delivered only 10.