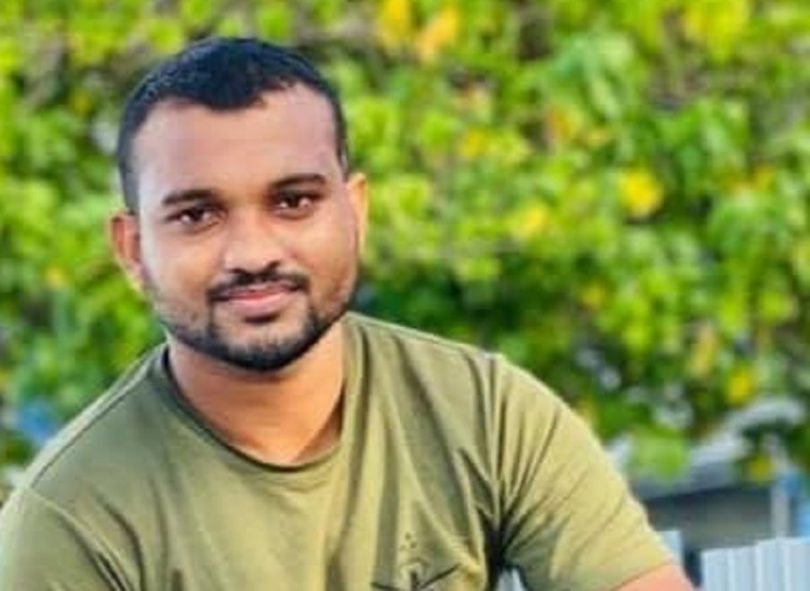 Sources have confirmed that the MNDF Soldier who died in a swimming accident yesterday in Laamu Atoll Kadhoo had tested positive for COVID-19 posthumously. MNDF had reported that Lance Corporal Hussain Farish had drowned after being swept away by a strong current while he and four other colleagues had gone snorkelling during off-duty hours.

The Lance Corporal was reported missing around 5:00 pm in the evening after one of his fellow servicemen had tried in vain to save him from the strong current and the soldier himself had drowned and required medical assistance.

MNDF rescuers had discovered the missing soldier’s body at the bottom of the sea bed around 09:00 pm.

Today a source had confirmed to “The Press” that Lance Corporal Farish had tested positive for COVID-19 posthumously. The source had also said with this several soldiers currently stationed in Kadhoo have been placed under monitoring and this includes the three soldiers who joined him for the fatal snorkelling trip yesterday.

The young Lance Corporal had joined the MNDF in October 2016 and had been working at the 1st Marine Deployment Unit of MNDF.

Lance Corporal Farish had been completing a 3-week military program in Kadhoo before his untimely demise.