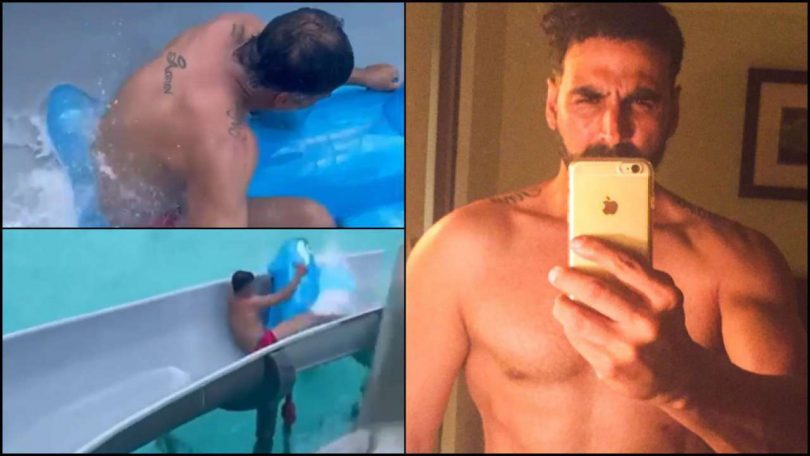 Akshay Kumar and Twinkle Khanna are currently in the Maldives where they are holidaying with the family after a long time. The power couple of Bollywood has been treating fans with their photos from the vacation and it’s too hard to miss. Now that the Maldives holiday is nearing its end, Akshay posted a cool video on his Instagram page wherein he is sliding into the ocean.

In the video, the superstar is seen flaunting his fit body while going on a slide. However, before landing Akshay falls off the slide and the video is too fun to watch. Khiladi Kumar shared the video with a caption stating, “Last day of the holiday…guess who insisted I slide down using her favourite fishy and had a good laugh.”

Check out the video below:

With the caption, we can understand that it was Akshay’s daughter Nitara who suggested her dad go on a slide so that she can just enjoy it to the fullest.

Now, soon after returning from the Maldives, Akshay will be heading to Ayodhya where he will be giving the mahurat shot of his forthcoming film Ram Setu directed by Abhishek Sharma.

Apart from that, Akshay will next be seen in Bell Bottom, Prithviraj, Bachchan Pandey among others.