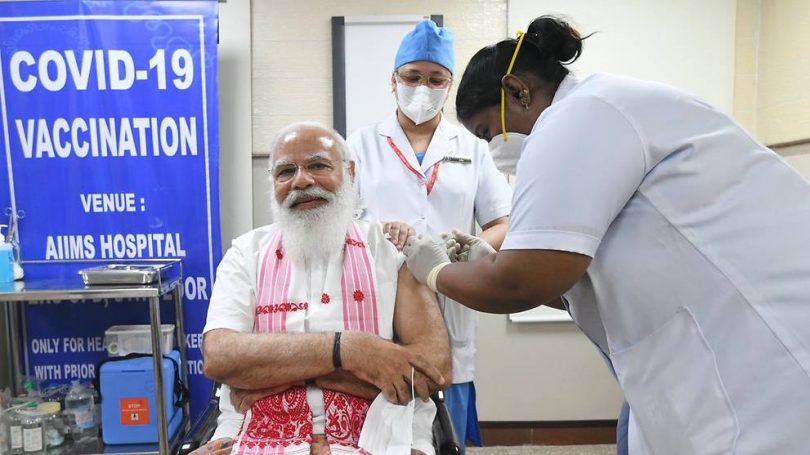 But, at a time when global cooperation in sharing vaccines is minimal, and the World Health Organization’s (WHO) vaccine-distribution plans are yet to get off the ground, India has taken a different tack, quietly pursuing “vaccine diplomacy.”

Its “Vaccine Maitri” (Vaccine Friendship) campaign has shipped hundreds of thousands of Indian-made Covishield vaccines, manufactured under license from Oxford-AstraZeneca, to some 60 countries.

India is a global pharmaceutical powerhouse, manufacturing some 20 per cent of all generic medicines and accounting for as much as 62 per cent of global vaccine production, so it was quick off the mark when the pandemic struck.

Before COVID-19 vaccines were developed, India supplied some 100 countries with hydroxychloroquine and paracetamol and sent pharmaceuticals, test kits, and other equipment to around 90 countries.

Later, even before the Oxford-AstraZeneca vaccine was approved, Adar Poonawalla, the 40-year-old head of the privately-owned Serum Institute of India (SII), audaciously decided to manufacture it – a billion-dollar gamble.

When approvals came, SII was able to churn out millions of doses, making them available to the government both for domestic use and export. 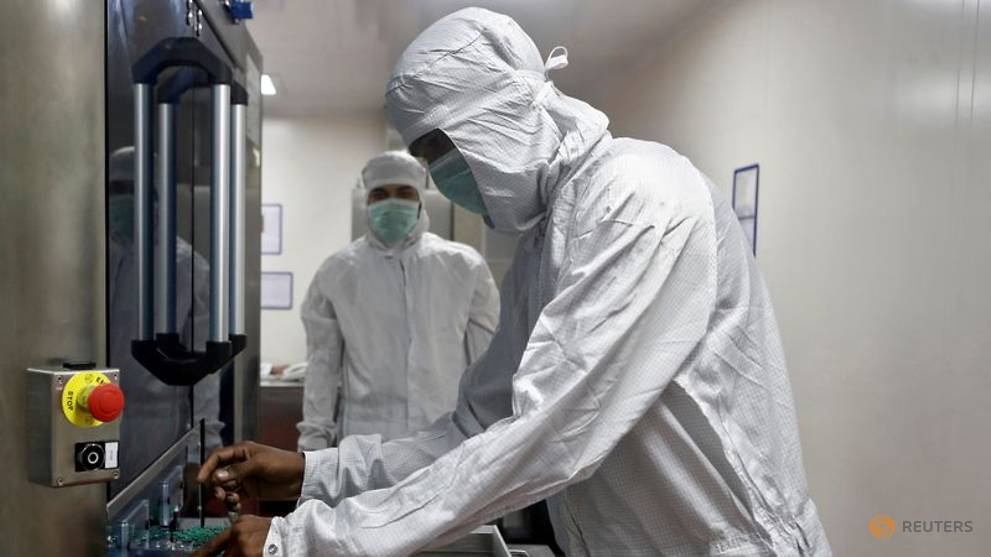 An employee in personal protective equipment (PPE) removes vials of AstraZeneca’s COVISHIELD COVID-19 vaccine from a visual inspection machine inside a lab at the Serum Institute of India, Pune, on Nov 30, 2020. (File photo: Reuters/Francis Mascarenhas)

Indian vaccines have been flown to most of the country’s neighbours, including Afghanistan, Bangladesh, Bhutan, Sri Lanka, the Maldives, Myanmar, and Nepal, and also farther afield, to Seychelles, Cambodia, Mongolia, and Pacific Island, Caribbean, and African countries.

Vaccines have helped mend strained relations with Bangladesh and cement friendly ties with the Maldives.

To be sure, China and Russia are promoting their own vaccines, and Western drug companies are raking in a publicity bonanza – along with a share-price windfall.

But in developing vaccines for its own use, the Global North overlooked the prohibitive cost of the Pfizer-BioNTech, Moderna, and Johnson & Johnson vaccines for poorer countries. Indian-made vaccines, on the other hand, are reportedly safe, cost-effective, and – unlike some others – do not require storage and transport at very low temperatures.

India’s vaccine diplomacy is, of course, not purely altruistic.

When the country’s first prime minister, Jawaharlal Nehru, laid the foundations of India’s science and technology infrastructure, his intentions were expressed in noble, humanist, and universalist terms. 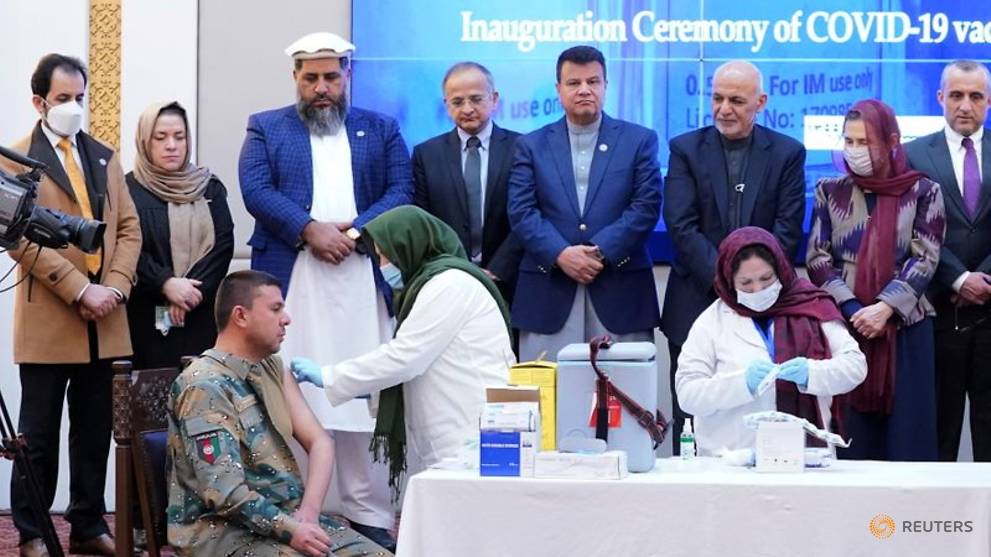 Members of Afghan security forces receive the first dose of AstraZeneca’s COVID-19 vaccine from India, during a ceremony at the presidential palace in Kabul, Afghanistan February 23, 2021. Afghan Presidential Palace/ Handout via REUTERS

But his successors have long recognised how India can leverage its scientific and medical skills to enhance its geopolitical standing.

At a time when most richer countries are criticised for hoarding vaccine doses, India stands out for having sent 33 million to poorer countries, with millions more in the pipeline.

There is also an unspoken subtext: Rivalry with China, with which tensions have intensified following clashes along the Himalayan frontier.

Not only has India overshadowed China as a provider of cheap and accessible vaccines to the Global South; it has been quicker and more effective.

For example, China has announced 300,000 doses for Myanmar but is yet to deliver any, while India quickly supplied 1.7 million. Similarly, Indian vaccines beat China’s into Cambodia and Afghanistan.

When a credibility crisis consumed China’s vaccines in pandemic-ravaged Brazil, with polls showing 50 per cent of Brazilians surveyed unwilling to take the Sinovac vaccine, President Jair Bolsonaro turned to India, which came through promptly.

Tweeting his thanks, Bolsonaro illustrated his gratitude with an image from India’s Ramayana epic, depicting Lord Hanuman carrying an entire mountain to deliver the life-saving herb Sanjeevani booti to Lanka.

AN ALTERNATIVE TO CHINA

Indian vaccines are arriving even in richer countries. The United Kingdom has ordered 10 million doses from SII.

Canada, whose prime minister, Justin Trudeau, has riled his Indian counterpart, Narendra Modi, more than once, telephoned Modi to ask for two million vaccines; the first half-million were delivered within days. 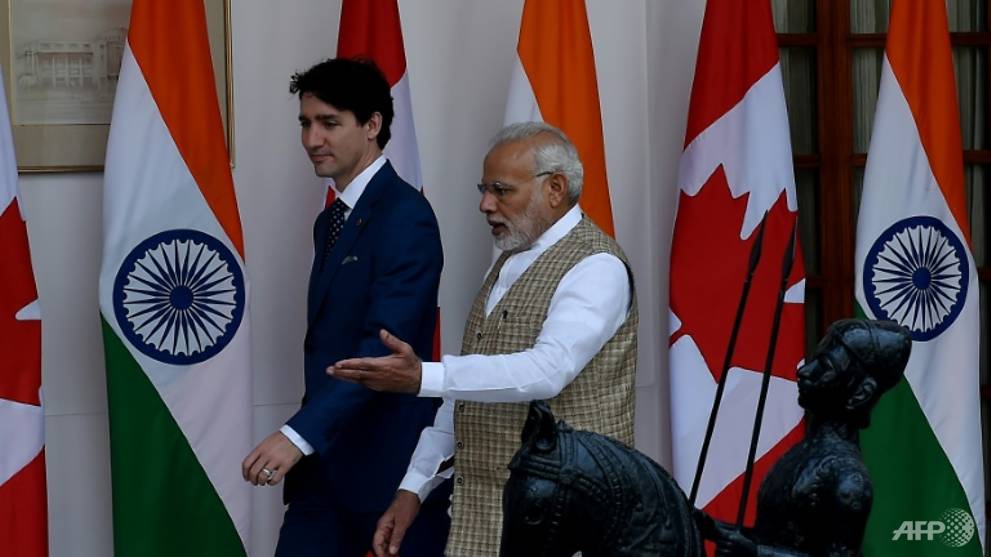 Trudeau effusively declared that the world’s victory over COVID-19 would be “because of India’s tremendous pharmaceutical capacity, and Prime Minister Modi’s leadership in sharing this capacity with the world.”

India is using the country’s capacity in this sector subtly to advertise an alternative to China’s economic and geopolitical dominance.

While China has been secretive in releasing data about its vaccines, leading to controversies over the efficacy of them, India organised trips for foreign ambassadors to visit pharmaceutical factories in Pune and Hyderabad.

The contrast with the behaviour of wealthier countries is no less striking.

According to Duke University’s Global Health Institute, developed countries with 16 per cent of the world’s population – including Canada, the United States, and the UK, each of whom has guaranteed enough supplies to vaccinate their populations several times over – have secured 60 per cent of global vaccine supplies for themselves.

The world is paying attention to India as it shares its available vaccine supplies, instead of choosing the nationalist course of blocking exports.

AT ITS OWN EXPENSE

As Modi has tweeted, “We are all together in the fight against this pandemic. India is committed to sharing resources, experiences, and knowledge for global good.” 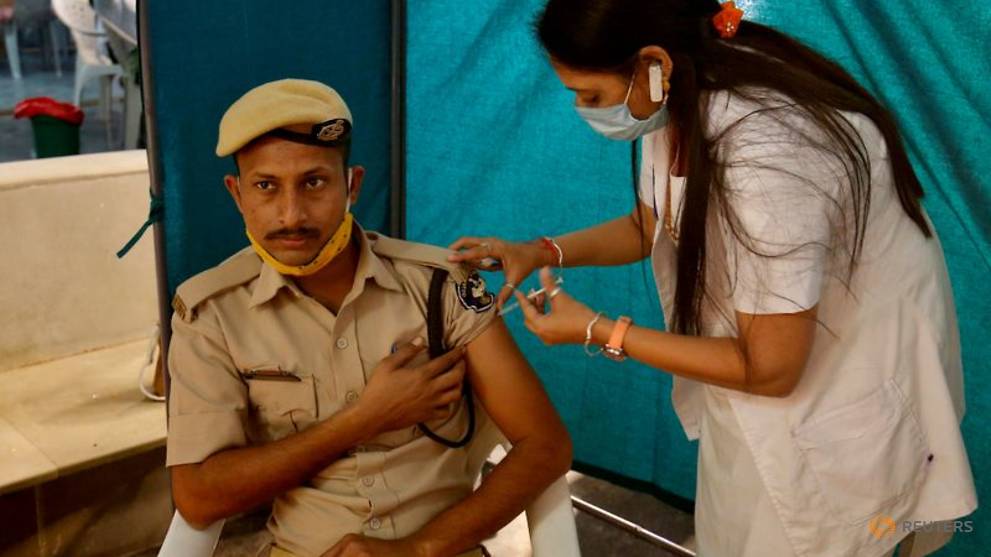 FILE PHOTO: A policeman receives a dose of COVISHIELD, a COVID-19 vaccine manufactured by Serum Institute of India, at a vaccination centre in Ahmedabad, India, February 4, 2021. REUTERS/Amit Dave/File Photo

If there is a concern, it is that India has exported three times as many doses as it has administered to its own people. The country is lagging behind its own target of immunising 300 million people by August, after vaccinating some three million health-care workers in a campaign that began on Jan 16.

And mounting concern about rising case numbers, the emergence of COVID-19 variants that may not respond to existing vaccines, and an economy that has not yet fully recovered, will intensify the challenge India confronts in fulfilling its obligations to developing countries while also meeting domestic demand.

Meeting that challenge is a vital national interest.

India’s vaccine diplomacy has been a boon to the country’s aspirations to be recognised as a global power.

In combating the pandemic, it has gone well beyond the routine provision of health care or the supply of generics.

To be sure, it is uncertain whether promoting soft power through health-care exports significantly boosts a country’s position in the global order.

But if and when the permanent seats at the United Nations Security Council are ever rearranged, grateful governments will know who has done the most to save a world reeling from the onslaught of a deadly pathogen.