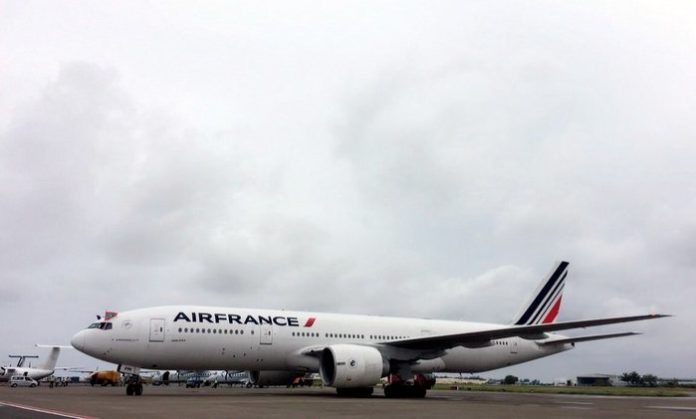 Air France has begun its direct flights to the Maldives on Thursday- 2nd of November 2017.

The maiden Air France flight AF 222 departed Paris Charles de Gaulle Airport on Wednesday, November 1st, 2017 at 8:52 PM and arrived at Male’- Velana International Airport at 10:48 am on the 2nd of November 2017 with a total flying time of 9 hours 56 minutes. 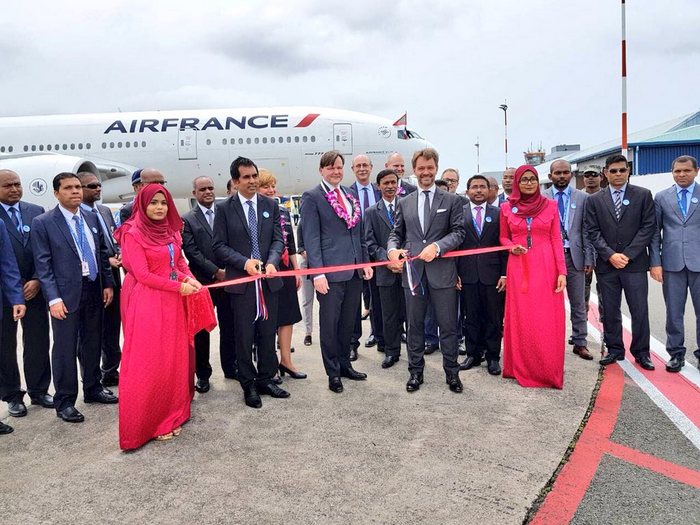 The flight will cover a distance of 5,140 miles in each direction. The flight was received at Velana International Airport with a water salute. Economic Minister Mohamed Saeed along with top government officials were on hand to greet the maiden flight.