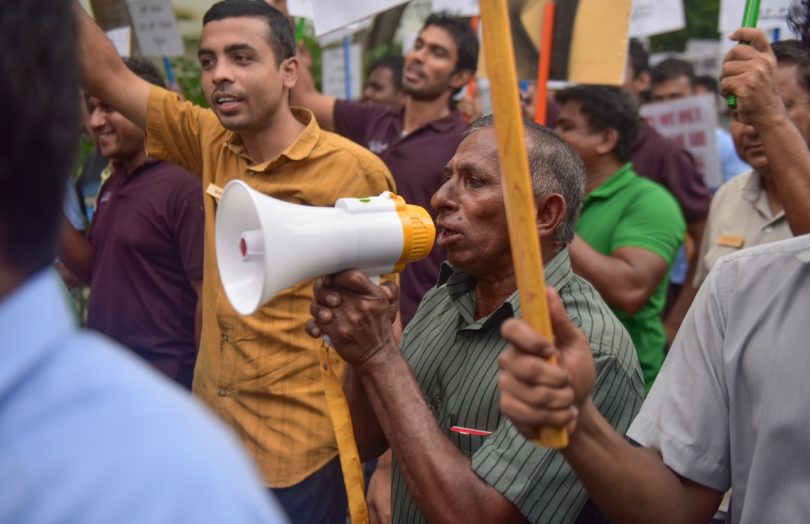 Tourism Employees Association of Maldives (TEAM) expressed concerns over approximately 11,000 resort employees who were forced to go on no-pay leave due to the shutdown of resorts across the country amidst the global COVID-19 pandemic.

The association posted a public statement on their official Facebook page along with a list of resorts reported for suspending employees, making salary deductions and forcing employees to take no-pay leave.

“It is unacceptable for any employee to lose their salary!”, TEAM wrote.

The updated list names 79 resorts out of the total 155 resorts that operate across the Maldives, accounting for over 70 per cent of the GDP, and employing the single largest proportion of the country’s workforce.

TEAM has reported the issue to the authorities as well.

Moreover, Labour Relations Authority also released a statement over some resorts terminating employee contracts in violation of the Employment Act.

The authority demanded companies to terminate contracts within the law, even during these trying times.

Some resorts are giving employees no option but to sign a contract stating that staff members are choosing no-pay leave without any complaints. If they do not wish to sign this contract, the remaining option for employees is to resign their position, signing that they chose to leave of their own volition.

Labour Authority’s statement also drew attention to the fact that the government would not prioritise companies penalising their employees when providing financial schemes aimed at maintaining company cash flow.

According to a legal expert that spoke to The Edition, employers do not have the legal right to unilaterally decide on a deduction of workers’ basic salary to an amount below the figure mutually agreed upon in their employment contracts, or amend the legally mandated allowances.

Similarly, the source added that employees could not be forced to take unpaid leaves without their consent. Both parties must be in mutual agreement before an action undetermined by the law, such as unpaid leave, is enforced with binding effect.

Top Lawyers in the country have urged all employees facing redundancy to take note of the circumstances and reasoning under which they are terminated.

Additionally, they advised employees, both local and expatriate, not to hesitate in approaching the Employment Tribunal should they feel like they have been wronged, particularly in the case of redundancy, where certain conditions must be met and procedures are undertaken.

The Maldivian government banned any and all movement between resorts and inhabited islands, on March 14, under the state of public health emergency declared on March 12. Their restrictions were extended to liveaboards and safaris on March 21. Additionally, they advised employees, both local and expatriate, not to hesitate in approaching the Employment Tribunal should they feel like they have been wronged, particularly in the case of redundancy, where certain conditions must be met and procedures are undertaken.

Due to this, resort workers across the archipelago have remained in de facto quarantine for nearly a month. By the ninth day of the lockdown, Maldives Police Service had already arrested and fined six individuals for violating travel restrictions. Prosecutor General’s Office pressed charges against one of these individuals on Monday.

The Maldives currently has 17 confirmed cases out of which four are active cases, consisting of two Maldivians quarantined after returning from the United Kingdom (UK) and two Italians that tested positive after departing from the country.

The World Health Organization has classified the spread of COVID-19 as a global pandemic. The novel coronavirus has infected over 740,235 people and claimed over 35,035 lives around the world. However, out of those infected, more than 156,588 people have recovered.