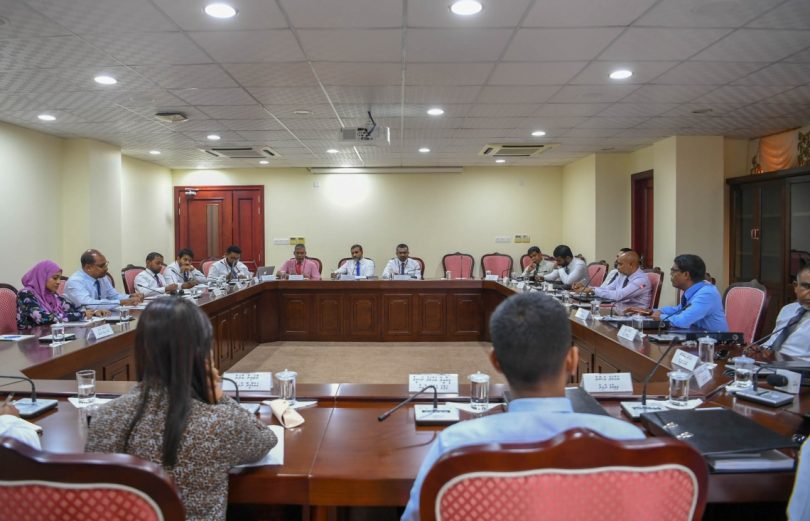 Opposition coalition on Monday, urged the Maldives Media Council (MMC) to be accountable and just in its process of deliberation and whilst exercising their authority.

In a circular released by the People’s National Congress (PNC), the party criticized the MMC Review Committee’s decision on Sunday, stating that the removal of two articles published on local media ‘Dhiyares’ was “unjust”.

The opposition further noted MMC’s decisions in the past, to “revise” and find headlines “unsatisfactory”, claiming the actions to be a means to tighten the grip on media freedoms within the country.

The party also accused party activists from the ruling faction, of discrediting and invalidating journalists’ efforts to provide thorough coverage on the unfolding COVID-19 pandemic.

French-based ‘Reporters Without Borders’ (RSF) placed the Maldives on the 98th position of its 2019 ‘World Press Freedom Index’, an elevation of 22 ranks, as compared to the 2018 rank of 120.

The media watchdog stated that “impunity for crimes against journalists remains”, adding that police never found the whereabouts of abducted journalist Ahmed Rilwan, nor have they solved the brutal murder of blogger and IT professional Yameen Rasheed.

However, the time period during which the aforementioned cold cases occurred as well as the most number of penalties for journalism were reported, was during the tenure of former President Yameen Abdul Gayoom. Yameen, who ratified the contentious defamation bill that delivered the biggest blow to media and free speech across the Maldives in recent history, is the founder and former president of PNC.

Coming in a close second is Yameen’s brother, former President Maumoon Abdul Gayoom, during which strict media censorship took place, including one that led to the imprisonment of then-journalist Mohamed Nasheed, who would later become President of Maldives as well. Maumoon is the president of The Progressive Party of Maldives (PPM), the party from which PNC originally spun-off.

Despite moving to penalize media for news that may be negatively received by whoever is in power, the media council of Maldives is yet to act to issues such as discrediting journalists that work in violation to internationally recognized journalistic ethics or best practices. Despite a significant call from the public, the council has also not moved to recognize the contribution to media by local English-writing journalists such as the aforementioned, regional news nor the industry’s ever-relevant developers.