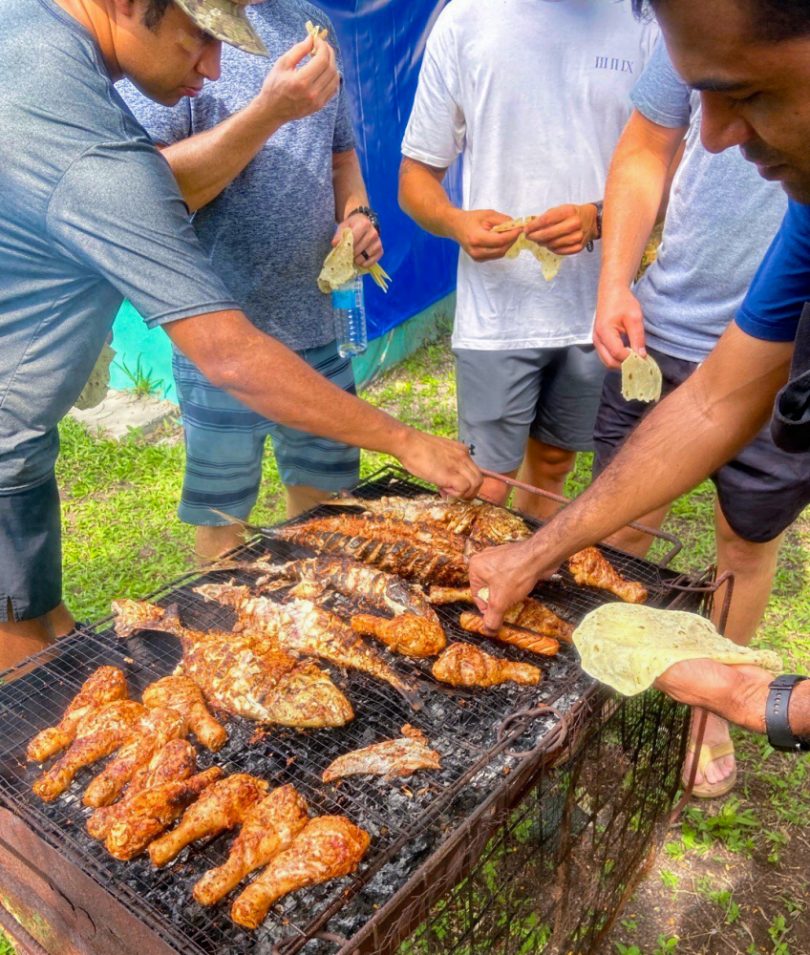 “We share a strong and growing defence partnership with the Maldives,” said Brig. Gen. Rudd. “A free and open Indo-Pacific depends on capable networks of allies and partners.”

All participants in the training were required to quarantine and show that they were healthy during daily medical checks. This allowed a higher level of partnership and hands-on medical training to take place.

During the communications training, both sides shared best practices and participated in high frequency and line-of-sight relay practical exercises.

During their visit, members of the MNDF and U.S. service members conducted a simulated joint, combined personnel recovery operation. They seized a captured vessel and nearby port facility, recovering personnel and demonstrating the tactical combat casualty care and communications procedures practised during the three-week exchange.

Military members also bonded outside of tactical training with a sports day comprised of games of futsal and beach volleyball. They also enjoyed a traditional fish barbeque at one of the training locations.

The bilateral training follows the signing of the “Framework for U.S. Department of Defense-Maldives Ministry of Defense and Security Relationship” in Philadelphia on Sept. 10. The framework sets forth both countries’ intent to deepen engagement and cooperation in support of maintaining peace and security in the Indian Ocean and marked an important step forward in the defence partnership.