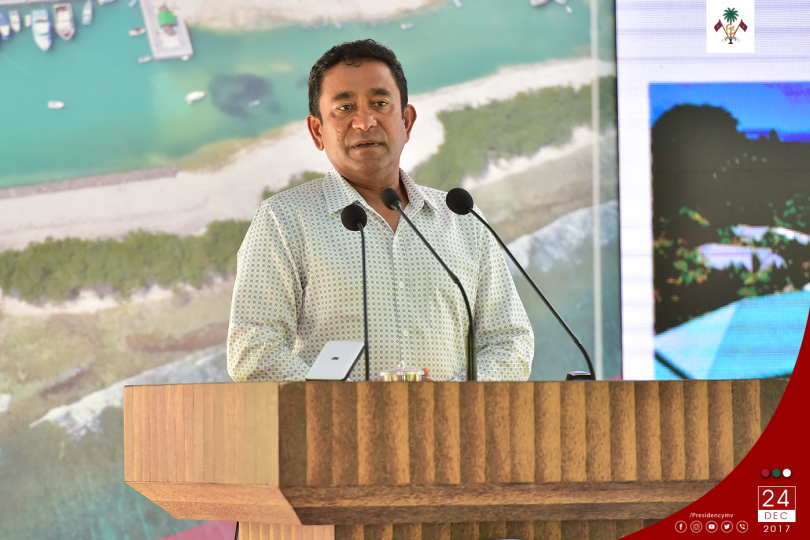 President Abdulla Yameen Abdul Gayoom has stated that his administration will put in every effort into human resource development, and empowering Maldivians to take decisions into their own hands. The President made this statement while addressing the people of Holhudhoo Island this afternoon, following the inauguration of the island’s harbour.

In his speech, the President said that Maldivians aspire to take Maldives to the same level as the most developed countries that provide quality services to its people, and that we have capable individuals who prove themselves to be able to take Maldives to such heights of greatness.

In his speech, the President noted that no two countries possess the same democratic principles, and that a hundred percent Islamic country such as Maldives would be a democracy that adheres to the Islamic laws and principles.

The President is currently on a 3 day visit to South Miladhummadulu Atoll, Faadhippolhu Atoll and South Maalhosmadulu Atoll.