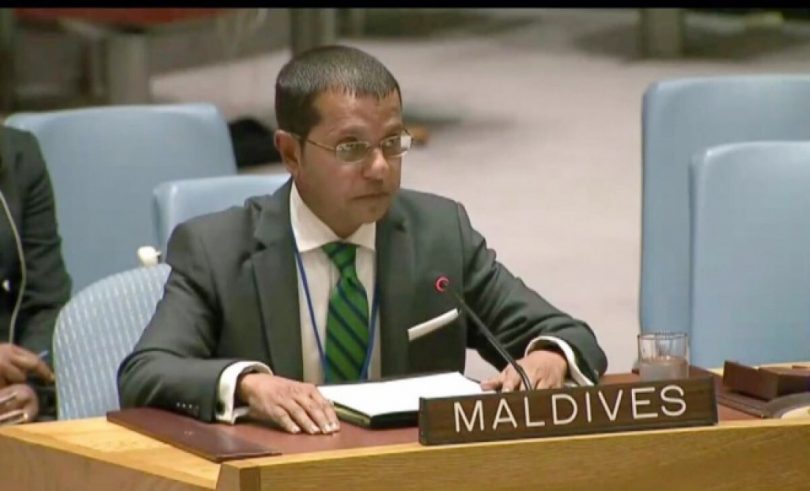 Permanent Secretary to United Nations from Maldives and the Maldivian Ambassador to US has strongly condemned Myanmar and the Burmese government over the mass genocide on the Rohingya Muslims.

He stressed that the Burmese authorities should treat the mistreated and antagonized Rohingya Muslims at Rakhine state as human beings.

The UN Permanent Secretary voiced his strict objection through a tweet in which he stated that before questioning the citizenship of Rohingya Muslim minority, the Burmese government should first acknowledge that they too are human beings.

UN’s Refugee Agency confirms about 270,000 Rohingya Muslims have fled Myanmar and gained entry into Bangladesh. Several Muslims from the Rohingya have been reported to have fled from Myanmar over fears of strict persecution.