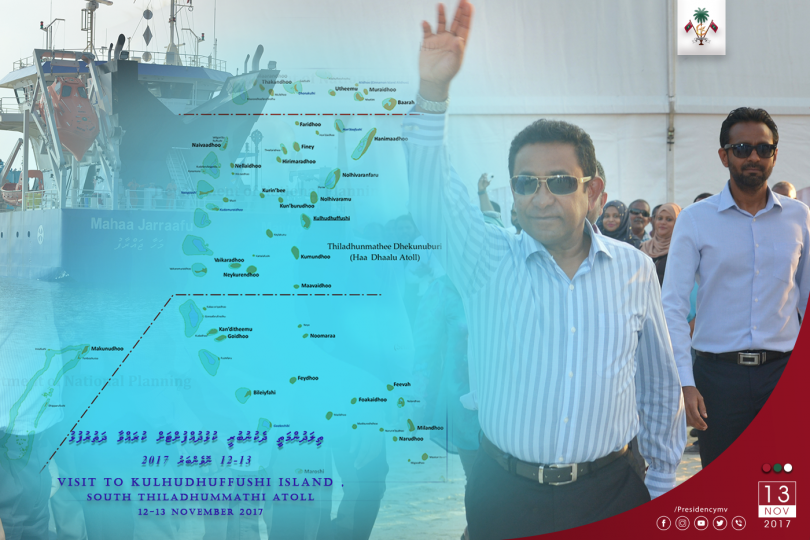 President Abdulla Yameen Abdul Gayoom has arrived back in Male’, on conclusion of his visit to Kulhudhuffushi Island of South Thiladhummathi Atoll.

Mahaa Jarraafu has a “world dredging” equipment package, which includes an adjustable overflow, bottom doors, jet water system and a shore pumping installation. This makes it a versatile trailing suction hopper dredger. The ship is also equipped with an extended suction pipe and an underwater pump that enables the vessel to dredge to a depth of 50 metres. The Mahaa Jarraafu is capable of conducting land reclamation activities without causing damage to the environment.

President Yameen also addressed the community of Kulhudhuffushi last evening, as part of his visit to the island. Speaking at the function, the President proclaimed that flights will land at the Kulhudhuffushi Airport by the end of August next year, which would be developed soon.