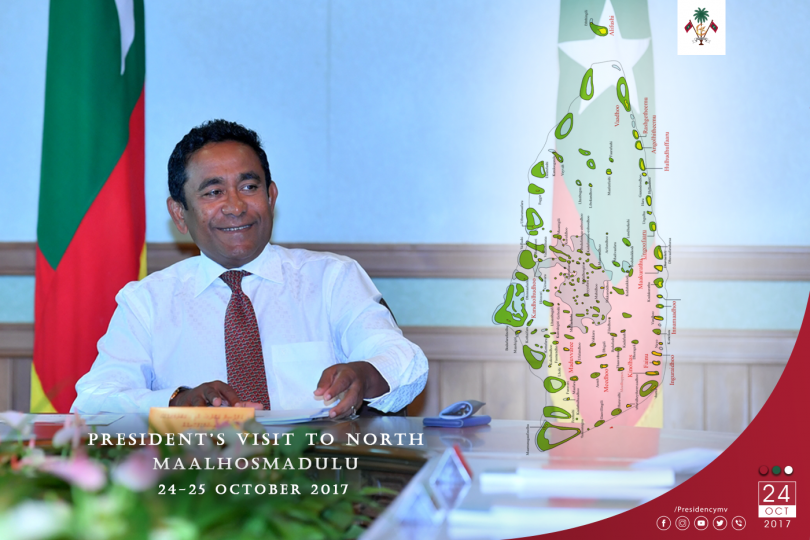 President Abdulla Yameen Abdul Gayoom has announced the administration’s plans to build an international airport in South Miladhunmadulu Atoll, in order to cater for the growing tourism industry and to enable the ease of transportation within the country. The President made this statement while speaking at a function held this evening, organised by the Progressive Party of Maldives.

Speaking at the event, the President stated that the airport project funded by a foreign party, will be completed within six months of its commencement.

Moreover, President Yameen said that the administration’s aim of dispersing the tourism sector to all the corners of Maldives was not only as a means of income generation, but more importantly that it was a means to create more job opportunity for the youth population.

President Yameen further shed light on the fact that Maldives was a country with its own principles despite its small size. He reiterated the Maldives’ commitment to fight for the rights of all small island nations, and our steadfastness to making our voices heard.