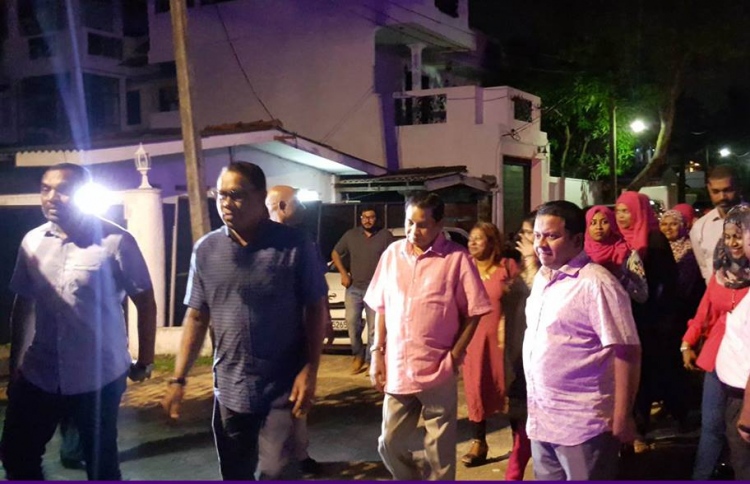 The ruling Progressive Party of Maldives (PPM) has opened a party hub in neighbouring Sri Lanka.

Speaking at the ceremony, MP Abdul Raheem had said that Maldives and Sri Lanka maintains a historic relationship and noted how there are as many Maldivians living in the country as there are locals on a Maldivian atoll.

Therefore, he said that it was important to establish the party’s presence in Sri Lanka and increase party activities there.

PPM’s deputy leader had also urged the Maldivian community living in Sri Lanka to “work hard” to re-elect president Abdulla Yameen in the upcoming presidential election slated for 2018, in order to sustain the on-going development projects such as the bridge between Male and its reclaimed suburb Hulhumale, and the development of the Velana International Airport (VIA).

He assured the crowd gathered at the new party hub that the president would stand against injustices and said that the political leaders who have been imprisoned during his regime were all sentenced after proper investigations, within the confines of the law.

“The government is not doing anything against the law. [These opposition leaders] are only after one thing – and that is power. They want to be in power. They are intimidated by the numerous development projects instigated by the government and they know their only retaliation is to spread lies about the government,” MP Abdul Raheem said.

Taking his praise for the incumbent president a notch further, PPM’s Abdul Raheem said that keeping Yameen in power is also religiously crucial for Maldivian citizens, as giving power to the current opposition would “without a doubt” create an anti-Islamic atmosphere in the Maldives.

Since former president Mohamed Nasheed’s exile, he frequently visits neighbouring Sri Lanka for political discussions. The country, which hosts a large population of Maldivian citizens, is also now home to a few of Nasheed’s loyalists who now live there in self-exile as many of them have “politically motivated” charges levied against them.

At the time PPM’s party hub was opened, Nasheed was in Sri Lanka.